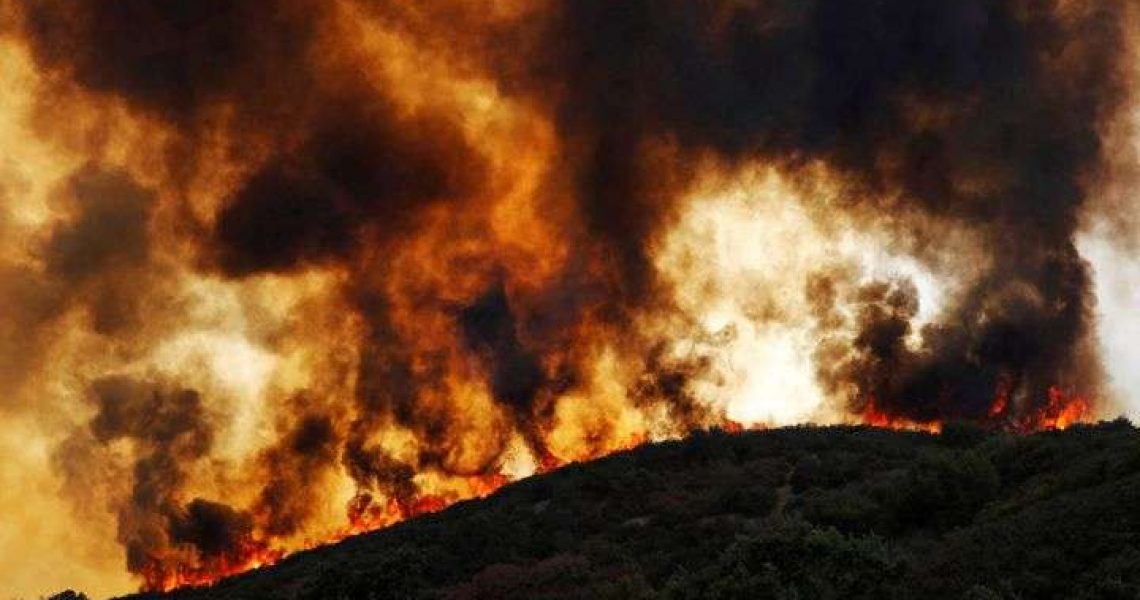 A Question of Progress (One)

Positive Disintegration – are we willing?

“Something ancient asks us to give account of our centrality. To heed is to die. And there in lies our deepest hope for potentially wiser worlds. The space for optimism in this picture comes from the opportunities within the creative foreclosure of the old World.”

Between 24/7 news coverage, social media and smartphones, this century has granted us front row seats to our global challenges. What has finally caught mainstream attention, in just the last six months, is the imminent threat to our planet through human-induced climate change.

Despite enraged accusations from the Alt Right of ‘virtue signalling’ and ‘Deep State control’ levelled at teenage climate activist, Greta Thunberg, the civil disobedience movement Extinction Rebellion, and the Sunrise Movement, (all of which have raised public awareness), there is a growing recognition of the critical need for deep systemic change: a radical re-do of what we value, how we think and what we do. Clearly, the hands on the levers of power are far from sharing this view. President Trump’s designation of climate change as a “niche’ issue, undeserving of the attention of the G7 leaders recently gathered in southern France, captures the entrenchment of vested interests. Meanwhile neoliberal centrists inch their way toward a green economy.

Although it is climate change and the threat this poses that has woken us up, this is, as many know, an extreme symptom of a cultural ‘system’ gone awry. Clearly, treating the symptom in isolation is not going to be enough.

Any credible transformational philosophy tells us that the first step to deep change is acknowledging the problem: that I, or we, in this case, have a problem. But facing reality is not, and never has been easy when its implications involve the unknown.

Changes, especially intimations of big changes that we can only sense, are scary. We fear loss of control, and in the West, perhaps unconsciously, we fear loss of our privileged status in the world.  Gold stickers with Fuck you Greta emblazoned on cars in Germany recently, expose a cultural raw nerve.

Yet, as sustainability professor Jem Bendell points out in his monumental paper, Deep Adaptation, without facing reality, as a culture we will fail to bring about the kind of transformational change, or “deep adaptation” required for future life. Depending on the press we read, or the social media circles we inhabit, most of us tend to ricochet between an unexamined optimism and doomsday predictions.

Indigenous peoples, such as the Kogi, have long been signalling our civilisational march to unsustainability. Yet, remarkably, in the face of UN scientific reports (the IPPC and SRCCL) clearly outlining a global ecological crisis in the making, comforting optimistic theories of Progress are still peddled in mainstream thinking. These effectively sustain Western democracies and, most importantly, the policies and vested interests they support. Despite the best efforts of postmodernists such as Foucault, the belief in Progress is the ground of the consumerist culture we have all grown up in; one fueled by industries and an economic worldview many now regard as responsible for our current predicament. If change is to happen, our understanding of ‘progress’ (not to be confused with the aspirational impulse within the human being), seems to be something we need to start to question, culturally.

Rooted in a worldview that prioritises quantitative over qualitative indicators, progress today is still largely measured through a specific set of metrics and data. Factors relating to human happiness and wellbeing are dwarfed, if not neglected in UN reports focused on material benefits, including GDP. Furthermore, the glaring void of any metrics pertaining to the state of the ecosystem, reveals our anthropocentric lens. Connecting the dots linking the foundational tenet of Western Progress, (the inexorable nature of its march forward) and the cost of this to the planet, is assiduously avoided in mainstream discourse. Instead, media darlings such as the author, Steven Pinker and modernist thinkers like him, regularly espouse this outdated narrative of Progress with zealous conviction, sporting well-worn statistics.

Growing awareness of climate change, along with an increasing spotlight on white privilege, its roots and ongoing legacy of inequity is beginning, however, to put a dent in the efficacy of the theory of Western Progress. And yet, powerful assumptions remain embedded so deeply in contemporary western culture as to be almost invisible.

To start with, our ‘success’ has insinuated a powerful sense of centrality that is entirely Western-centric. Most of us have a tendency to unconsciously universalise almost everything that pertains to Western experience, including our values and the way we think. (Even for those cogniscent of ‘multiple perspectives’, it is hard to disrupt the Western lens that is interpreting those perspectives).

Famously, President Obama, at the end of his tenure, was quoted as saying, “There has never been a greater time to be alive”. Of course, for those of us who are middle class Americans, with near infinite personal freedom, education, and vast cyber entrepreneurial opportunities, this sentiment rings true. But for people in Syria, Yemen, Venezuela, parts of Afghanistan and Iran, and drought stricken Eastern Africa? Swathes of the world would probably disagree.

In addition, most of us share a semi-conscious notion that ‘this is how it is’– our comfortable lives represent the natural progression of things. The wealth, infrastructure, efficiency, health services, human and constitutional rights, access to education, financial credit enjoyed by most Western democracies, (particularly by educated middle classes), are viewed as proof of our ‘superiority’. Furthermore, these achievements are generally attributed solely to our own efforts or genius, our achievement, (that is, self-achieved); a narrative that omits the role colonialism played in ‘providing’ massive wealth and resources. The underlying assumption is that everyone else will (eventually) ‘catch up’. ‘Surely the success of the West is the goal of any aspiring society’? …. For most, it is.

Undoubtedly, there is much that is valuable in the Western culture, as the list above indicates. As such, we are indebted to a long line of great thinkers, philosophers, revolutionaries, scientists and innovators. But the absolutism of Western self–confidence and moral superiority, typified in slogans such as America’s “destiny to lead the free world”, and Britain’s nostalgia for past imperial “greatness”, requires a deeper look from those of us, particularly, with white ancestry. Just being ‘woke’ is not enough. For those of us who identify as liberals, our subjective experience of being conscious, non-binary in our thinking, is one thing, but as black writers and activists have stressed, this speaks neither to the systemic inequities within our culture, or to the world at large. 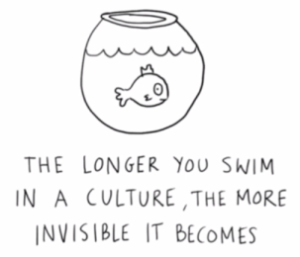 We need to question how our advantaged status emerged, and how thoroughly its success should be a civilisational model. Facing the complexity of factors that have brought us to this moment could enable us to authentically reach for deeper solutions to the existing unacceptable, and dangerous imbalances in human existence.

It’s true the West’s definition of progress is rapidly being adopted by upcoming generations in non-western cultures. There are clear positives to be found in this. We are, however, acculturated to see growing western homogeneity, and the adoption of a western template for Progress, as a purely positive thing. But given the current poly-crises, is it ? Too many of us know little about cultures beyond own borders outside of images of the debilitated legacies of colonialism. The economic and cultural destruction of so many once wealthy, sophisticated, and distinct cultures has rendered any real alternative to today’s Western model, very difficult. Although these exist, and in many cases offer solutions we need to pay attention to*, for the West, it’s been an easy, albeit insidious, process for our material success to foster a sense of superiority, entitlement, and arrogance.

This is not, as mentioned, to erase the significance of great Western thinkers who have contributed to the best in our systems. But their real significance has been steadily diminished through our valorisation of economics over the humanities. The Theory of Moral Sentiment, written by Adam Smith (father of capitalism) was rapidly outstripped by his later work, The Wealth of Nations. The former provided the ethical underpinnings to his theories. These are given little emphasis in economics classes today. Not surprisingly, Smith’s famous reference to the ‘invisible hand’** has become the cornerstone of the ‘logic’ of free markets, the juggernaut of neoliberal capitalism.

For a radical rethinking of our systems to succeed, one that transcends weary dialectics, the myths of our existing system with their outdated modernist principles and values needs to fall away. Change is hard to even envision if we are unconsciously attached to the worldview our culture is rooted in. Our education system has not served us to be truly global citizens. Facing the fissures in the edifice of ‘greatness’ we have grown up with is a powerful catalyst for deep change. Joanna Macy, longtime eco activist & Buddhist scholar, speaks of “positive disintegration” – a disintegration not overshadowed by fear of loss, but driven by recognition of the need for change. As Bayo Okomolafe writes, “The space for optimism in this picture comes from the opportunities within the creative foreclosure of the old World.”

**A metaphor for the unseen forces that move the free market economy, believed to maintain a natural equilibrium.