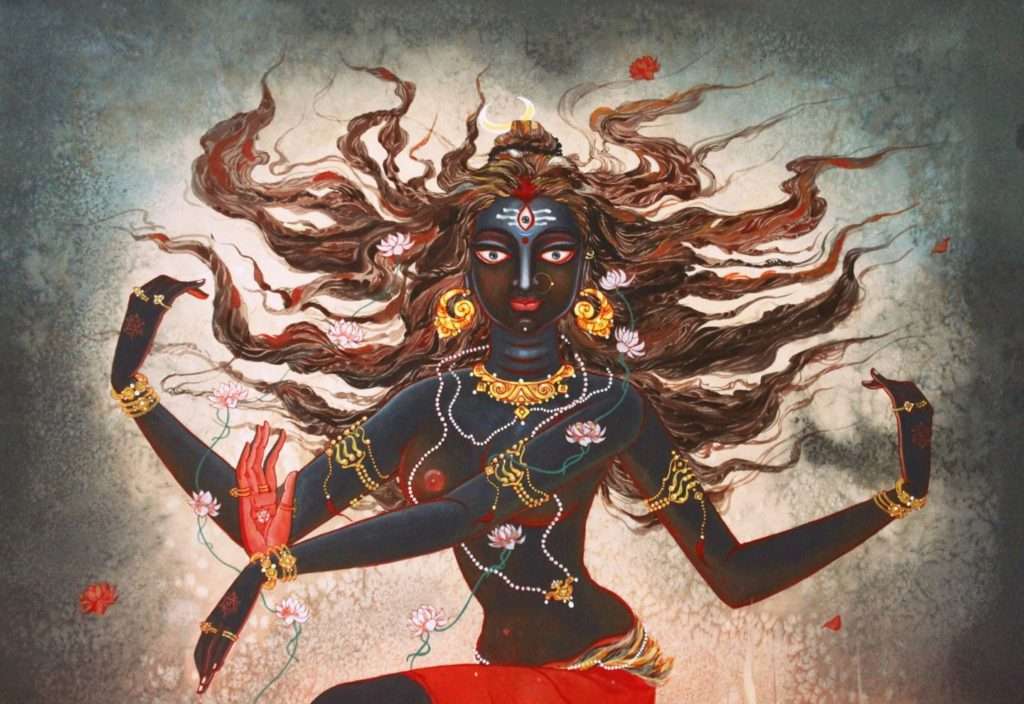 In the face of a lack of existential meaning and coherence, Western civilization is currently struggling to stave off devouring itself through ever deepening fragmentation. Meanwhile, small pockets of Westerners can be found in remote locations around the world, immersed in experiences of existential depth and meaning. Spiritual refugees, they have long fled the existential desert of Western materialism and a culture lost in consumerism. Many pride themselves on a certain detachment from the world; and whilst their transcendental experiences may rival those of William James’ Varieties of Religious Experience, or any ayahuasca ceremony, some are questioning the commonly held view that spiritual insight and experience are inherently separate from life, the world itself.

Kavita Byrd lives in Tiruvannamalai, a small town in South India with a large population of Western spiritual seekers and practitioners. She is questioning this assumption and certain interpretations of classic spiritual ideas that Westerners, like herself, have absorbed from their engagement with traditional Indian spiritual teachings and philosophy; especially in the light of the crises facing the world today. – 3rd Space 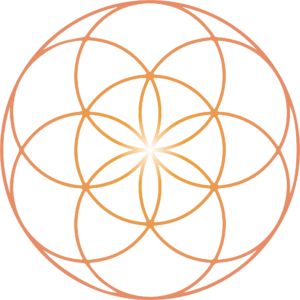 A Call to Sacred Action

Can spirituality and social action come together at this critical time for our planet – a true existential crisis, in both senses of the term, where we are facing not only a tremendous crisis of meaning, but also ecological and social crises so enormous they threaten our very survival, augur our extinction?

We are at an evolutionary juncture of epic proportions – at this pivotal choice-point, which way will we turn? And does spirituality have any role in this… or are we meant just to witness, in detached equanimity, the great unraveling taking place before our eyes, unmoved in our conviction that in any case it is all illusion?

Confronted with the growing extremity of our crises, most spiritual practitioners take one of two basic lines – facing our death, mortality, the ultimate transience of all things; or trying, out of love and compassion, to save ourselves and our planet, reversing the damage we have done, averting tremendous suffering and bringing in a new life on Earth – in communion with each other and nature, sustainable, just and caring.

At first glance, these two responses seem contradictory: the spiritual level, accepting our own mortality, death, the inevitable fragility of all existence; and the social action level, saving ourselves and our planet. But is there a way they can be reconciled, a convergence of these seemingly divergent positions – an integral or non-dual vision, which transcends their seeming opposition by including both positions?

I believe they can – and are in fact beginning to come together – in a new vision of evolutionary non-duality which is now gaining ground, and the activism that flows from it. At the deepest level of our being, we are eternal, immortal. When we allow our bodies and minds to dive back into that level, we are renewed, resurrected – infused with the power of the infinite creation itself to transform the unity, love, and beauty that lie at the heart of the our being, into new expressions.

In non-dual circles it is common that a passion for social justice and ecological renewal is taken as a sign that one is deluded (caring more about this ‘unreal’ world than the sacred), but it can be a direct expression of a deep realization of interconnection and oneness. This is true non-duality, expressing the truth of unity in every dimension of our lives: dissolving the false divisions between ourselves and others, spiritual awakening and social liberation; our own enlightenment, salvation, and that of the whole world.

Non-duality does not mean abstaining from this world; it means unity-in-action. We are not impeded in our spiritual life by engaging in the forms of the world, but freed to be part of life’s flow – which is infinite, beyond boundaries. Paradoxically, this is both our responsibility – our covenant with life – and the gateway to our ultimate freedom. 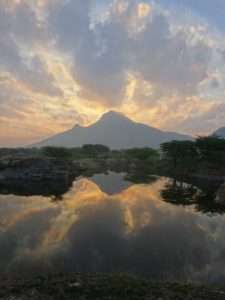 Great visionaries like Sri Aurobindo, Teilhard de Chardin and Barbara Marx Hubbard saw spirituality as a process of conscious evolution – the ground of Being, Consciousness or Essence itself, expressing itself as the world and its evolutionary unfolding. The source of our being is non-dual with its own creations, not a distant goal to attain, or a place to escape to. In fact this is the true meaning of non-duality.

Under the accelerating pressure of today’s global crises, some non-dual teachers have begun to embrace these more inclusive and life-embracing perspectives. We can see the makings of a new spiritual vision and praxis here that can meet the needs of these times – bringing the deepest consciousness of our interconnection and oneness into expression in every dimension of our society and our lives. This is the true realization that there is no separation between inner and outer, spirit and matter, between ourselves, others, nature and the one source of all life.

Inner and outer are not separate, yet most people (especially in Western culture) are so caught up with the outer dimension they are oblivious to the inner dimension that feeds it. Conversely, spiritual practitioners are often so concerned with their own inner peace or liberation that they fail to see what is going on around them – how their own lack of caring may be contributing to the world situation, which today is one of great fragmentation and devastation. We need to reframe our spiritual traditions so that they bridge this gap, applying the deep non-dual wisdom of interconnection and oneness into healing our world, an evolutionary leap in spirituality itself that can spark a regenerative revolution.

From this perspective, non-duality becomes not a pretext to renounce the world or responsibility for it, but a deep realization of our oneness with all expressions of life, and a call to action for its highest wellbeing and protection.

Non-duality itself is being turned inside out, to become an embrace of the divine in all forms of life, rather than the life-negating dismissal of this world and responsibility for one’s actions that it has often become, either through narrow interpretations of the traditional teachings, or New Age consumer-culture complacency. This has the potential to become a revolutionary change in the role of this most profound of spiritual teachings, which can bring about a revolutionary transformation in our own being and our world.

This is the leap, beyond opposites, beyond all opposition itself that we are called to today. It is not just a question of saving ourselves but transforming ourselves, going to a deeper and higher level of who we are, the unchanging, invincible source of all form and transformation. It is through this transformation alone that we can save ourselves and our planet, taking our place in an infinite process. We enter into the mystery, and its flow of grace, a salvation of a higher order that both transcends and includes time and space.

The time has come to move from a life-denying to a life-affirming spirituality; the first withdraws, the second jumps into the heart of things and transforms them, riding out on secret wings that unfold from the hidden, implicate order. It is not just our temporary selves we are trying to save, or our obsolescent systems – they are inevitably crumbling – but aligning with the infinite power of creation itself.

When we lay our self down in service to life, our lives themselves become a bridge into the timeless – the infinite space that has always been our true nature. This is the revelation that comes not by avoiding this world, but moving in and through it, until it opens out the other side… and all sides fall away.

We are in the midst of a show-down between the forces of life and death in the great theatre of existence – but the secret is both go together – death gives birth to new life when we dive into the core of our being, the zero-point of Creation.

Emptiness, Form and Transformation: Embracing the Whole of Our Being 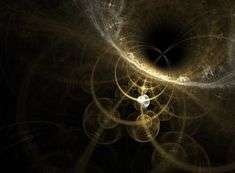 Our true nature is not just stillness; it is the stillness that gives rise to action, in which all action plays.

We think of silence as being inaction, but silence is where the greatest action comes from. We might think of our home as a place of stillness, but our home is the whole, which includes stillness and movement, completion and creation.

The paradox is that once we reach home, we discover home is everywhere; we can never leave it. Our true nature encompasses time and space, and beyond it: matter, energy and their infinite basis, pure unconditioned, limitless Consciousness.

The silence isn’t empty…it teems with implicit potential. But it also rests, full and complete in itself; both these aspects are co-existent. In fact, all three expressions of our true nature are co-existent: silence (pure unconditioned Consciousness), energy (waves, possibilities) and matter (particles and particulars, forms, objects and events). Resting in our true nature, we do not renounce the world – we are it, and beyond it.

Non-duality does not shy away from the state of the world, by its very nature it includes it, even as it transcends it…Think about it –if all of this is all of us, is this really what we want to be doing to ourselves, destroying ourselves and the earth? Burying our heads in the sand about this – isn’t this the essence of self-delusion? We need to, and can do both at the same time – meet the challenges of this world, and liberate ourselves into the eternal.

Non-duality means everything is connected, One – everyone and everything is an expression of the Divine. The Hindu philosophy sees these times as the end of a cycle, (the Kali Yuga) when people forget this and all goes astray; when all that is worst rises to the top in people and society, and all that is best is trampled upon. But this is not meant as an excuse to shrug our shoulders, renounce our responsibility and walk away. It is rather a wake-up call we cannot afford to ignore – to evolve and grow, to meet the challenges of our times, and through them both to realize and embody the sacred.

Maybe the cycles of time are in fact a spiral, moving towards the day when we can actually live our lives fully in this world, in harmony and conscious alignment with our own timeless essence. This is the essence of evolutionary non-duality, which can help ignite a revolution today, in ourselves and our systems, waking us up from our disconnected complacency into inspired action, in reverence and resonance with creation itself.

I believe we are in the throes of the crises we are today precisely because society has lost its spiritual roots, the wisdom of interconnection and oneness at the core of our being. Indigenous and Eastern cultures have always known this, and we are spiraling around to re-embrace it in our vision, our new global story – our oneness with the whole cosmos. We are called to a whole-world vision today, of holism in action, in whatever way we see that, in spiritual terms, scientific or that of social unity – an expression of non-duality, quantum oneness, ecological interconnectedness, social justice and freedom.

Let us not falsely split the sacred and this world, for this world too is sacred. Let us play our part in the whole, acting for the good of the whole – knowing that we, and all of life, are always that, infinite, undivided. 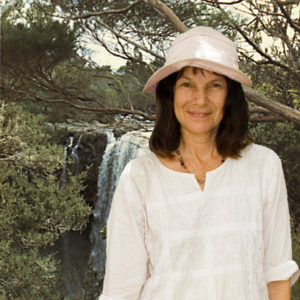