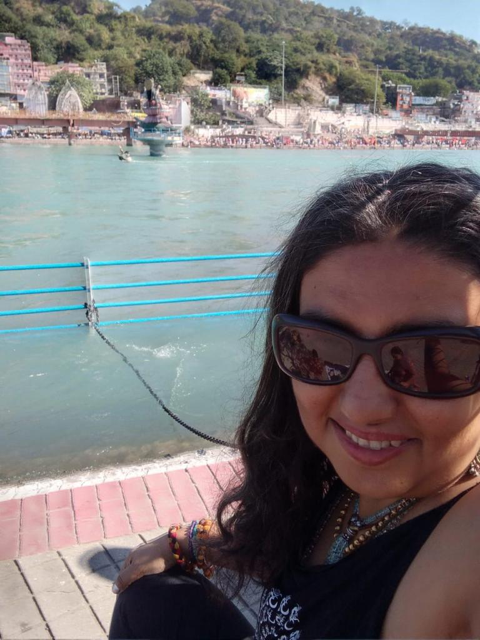 My inner quest: west to east

At 16, I went to India for a visit with my parents and sisters. I was a rebel, wanted to dye my hair purple, wore tight jeans and had no idea about Hinduism, or the desire to find out. As soon as I got off the plane I felt at home. I was happy that I would not experience racism. Growing up in the days of the National Front, (a fascist party) in Britain, with a Punjabi heritage, was not easy, due to the physical, emotional and psychological harassment that was directed at me, and other non-white people.

After my first dip in the river Ganges, I prayed that I would live by her (Mother Ganga’s) side one day. Coming from a punky, westernised, atheistic teenager, that was weird. Then a month later I was back to grey UK. Dreaming of India, I completed my end of school exams. But my fascination for India and its culture and religion, was growing exponentially.

Having a western logical mind, (I trained and practiced as a lawyer), and then this unexpected love for theistic India, was disorientating. My perception of life was slowly cracking. I gradually spent more and more time in India. The heart of India and its knowledge systems, I found utterly logical. However, the downside of India I found was the lack of day-to-day integrity and corruption, which I had not experienced in my life in the UK. The religious hypocrisy also got to me. One minute you are praying, and the next minute you are cheating someone.

If only the wisdom of Indian holistic knowledge systems could be married with the basic day-to-day ethics of the West, we would have a perfect global culture. This is what I hope to achieve, even if it is on a small scale.

Ayurveda is the traditional Indian system of medicine. It has given me a whole new perspective to look at life. From the day I read Dr. Robert Svoboda’ s book, Ayurveda, life health and longevity, I began to see the interconnectedness of life as a whole, and how this deeper ecosystem of life is reflected in us. This understanding deepened to a whole other level of practice and theory when I met Dr. Vasudevan, my Ayurveda and Yoga teacher. I also learnt much from Dr. RamKumar, and his holistic implementation of Ayurveda at his Ayurveda Healing Village at Vaidyagrama, in the state of Tamil Nadu.

I could never have learnt from my education in London that the human being is a microcosm of the cosmos itself. In Ayurveda, we wake up as close to sunrise as possible to gain more vital energy from the sun. We eat our main meal when the sun is at its peak, as the metabolism is strongest then, and we eat what is local and seasonal. There are endless disease prevention advices given on how living in harmony with nature’s bio-rhythms, brings about better health and well-being. Ayurveda is about the connectivity of the universe, and how to live in harmony with all that exists.

My compartmentalised mind was shattered. I saw there was a unity in diversity. It all started making sense. The science of the Indian knowledge systems made more sense to me than western philosophy and science. This is not to demean western science and philosophy in any way, as without them I would not have the logical mind I have today. But my way of looking at the world moved from reductionistic to holistic. The broken world got interconnected. Hard nut Renu cracked, and my perspective shifted.

Travelling alone across India during vacations, I realised I had developed the ‘India syndrome’.  This is a term I coined with a friend to describe a way of looking at India through rose-tinted glasses: that India was a heaven of sorts, and a place to reach the ultimate goal of peace. The heart of India, despite the sexual harassment and day-to-day corruption, had got to me.  I was still in love with Mother India.

Here in India, I find a land of chaos, but within that chaos, there lies an unwritten understanding. The flexibility and hospitality of the Indian heart are striking features of this nation. However, more often than not this flexibility leads to Indian stretchable time, lack of punctuality, and a lack of clarity with money. It’s a completely different world, one that has its own rhythms; which having been brought up in the West, I never experienced, and still struggle with. 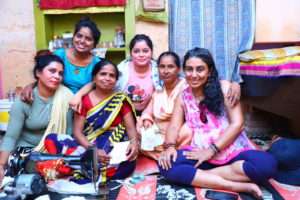 Today, I am running a business based on ‘dharmic’ principles, working with empowering women, fair trade and eco products. However, I have never found myself so disrespected and cheated. India is a country of extreme contradictions. In a country where Hindu religious teachings, mantras and rituals are ingrained from childhood, it is a stark contrast. There is a huge contradiction I find, between the way people behave in everyday life in India, and the texts of wisdom from its ancient culture. But, to be fair, I experience more kindness , love and flexibility from the women I work with, than I ever have before.

The lack of integrity I experience in India is hard to bear, but the heart of India is hard to leave. I value the integrity of the day-to-day organized attitude of the West and yearn for that, but on the other hand, the cold heart of most of the west is hard to bear. However, I must admit that my closest friends are still from the West. I may seem to be making generalisations, but all I want is a society of love and integrity: a combination of the Indian heart, and western day-to-day common sense ethics. 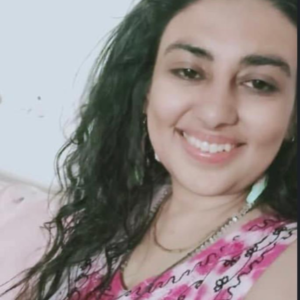