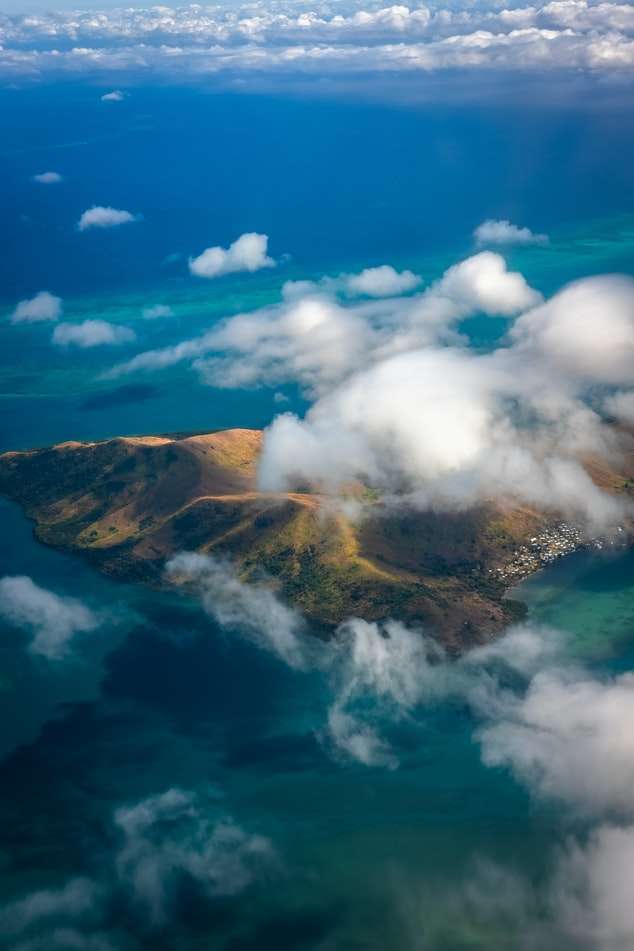 On Choice and Love – an incident above the Bay of Bengal

To me, being able to exercise real choice or freewill was always tied to a sense of being ‘right’ – of knowing. At a certain point in my life I began to value being awake, more than being right. Countless times when we discover a wrong choice,  one made due to misinformation, unconscious motives, or simply ignorance, there is the opportunity to make a different one, a more informed choice. The act of choosing as freely and consciously as one is capable of is, to me what counts.

How real and precious our capacity for choice is was made irrefutably clear me in an incident that took place on a flight from Mumbai to Bangkok a few years ago.

About three hours into the flight, I was in mid conversation with my co-passengers, an elderly couple from Mumbai who were planning to go on from Thailand to visit the ancient Ankor Wat temple complex in Cambodia. They had a daughter in Chicago with small children; I was on route to visit my daughter, living in Bangkok with two little children also. We discussed the challenges of long distance familial relationships, and the blessings of Zoom! About 90+% of the passengers were Indian, with a scattering of Thai, and two or three Westerners, like myself.

As we began to cross the Bay of Bengal we encountered some turbulence typical of pre-monsoon weather.  It wasn’t extreme, but enough to evoke that instinctual sense of primordial dis-ease. My companions and I looked at each other and smiled. Five minutes later the plane  lurched violently to the side. There was the sound of a small explosion, immediately followed by the rush of cold vapor issuing into the cabin like an angry mist. The temperature dropped rapidly, and I could smell what seemed like burning metal. Oxygen masks dropped like small missiles in front of us, dangling in the chaos. The young crew (who looked to be in their twenties at most, and one, we heard later, only six months into the job) rushed wildly up and down the aisle. A panicked voice came over the cabin intercom: “This is an emergency! An emergency! Put on your masks!” We all were reaching for our masks, adrenalin pumping wildly. I forgot to give the mandatory tug as I pulled it toward me, despite having witnessed this simple procedure demonstrated hundreds of times in my life. In the rapidly decompressing cabin, without access to a flow of oxygen from the mask, my hands and arms quickly began to tingle and go numb. I could feel dizziness descending. A violent pain shot through left my inner ear. I remember the fleeting thought that my eardrum had exploded. But at that moment I didn’t care. I was focused on my mask, fumbling with a growing sense of panic that it wasn’t ‘working’. The woman next to me reached forward and grasped an extra mask still dangling.  She calmly placed it firmly over my mouth as I pulled the elastic band to secure it. “Breathe”, she said quietly, “Breathe normally”. Closing my eyes, I concentrated on breathing, fighting back the waves of fear that felt as if they were choking me. My arms slowly regained their sensibility.

After what seemed an interminable interval of time, but was probably only minutes, the captain’s voice came over the intercom. His tone was abrupt and terse, as he told us we were going to land as soon as possible – in about fifteen minutes. He instructed us to stay seated. After the initial moments of chaos, everything slowed down and my perception heightened. I noticed that the captain did not offer us any reassurance – his brevity conveying the seriousness and uncertainty of our situation.

I looked around at my co-passengers; people were sitting quietly, inwardly focused. Some were praying, others holding hands; a young mother held her small child tightly to her chest. Where our eyes met over our masks, no one withdrew. I was startled by the immediacy – the intimacy of our shared vulnerability. There was a calm in those eyes – a surrender almost, in the shared knowledge of the gravity of our situation.

I could feel convulsions of terror in the pit of my stomach, as it dawned on me that this could literally be it… my last moments. No one was saying otherwise. The reassuring smiles of the crew were long gone, in their place, anxious youthful faces. They were all strapped into their own seats. More than anything, the surrendered demeanor of my co-passengers wordlessly confirmed what I knew. In a moment of lucidity, I let in the reality that this probably really was it, and what was I going do?

Was I going to die consumed in raw panic? No… this was not what I wanted to leave with. It flashed through my consciousness that it was Love I wanted to be present in my being, not fear. Without thinking, implicitly from somewhere deep within, I understood this was a choice – the most important choice I had ever been faced with. I closed my eyes and fought to re-focus my attention away from the waves of terror breaking within ….to let go. The people most intimate to my heart immediately appeared before my mind’s eye. I held them tightly with my whole being, loving them with a fierceness that pushed everything else to the perimeters of my consciousness. My last memory of this was an awareness that the images of their faces faded…all became consumed in the intensity of that emotion of Love…there was only that.

I am not sure how long I sat like this but at some point, I heard the captain’s voice penetrating what seemed like a deep chamber of stillness. He said that we had dropped to three thousand feet…. Nothing more. His voice was calmer but still clipped. Clearly more than fifteen minutes had passed. The sea was visible right beneath us – dark, dark blue. I didn’t know if we were going to crash land onto the water or whether we were miraculously close to land. But I noticed a sense of calm. I felt strangely free of any emotion attached to whatever the outcome might be. 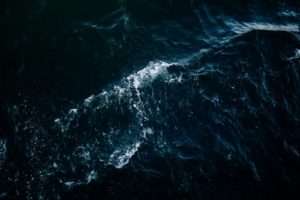 Throughout this time, those around me sat very quietly. Someone at the front of the plane was breathing heavily, moaning. I realized it must be a panic attack. Those close by were trying to help them. Although we had dropped altitude none of us removed our masks. Even though they probably served no real function by then, they felt like a token artefact of safety – a fragile bulwark between life and death.

Time had elongated, what felt like hours since the explosion was in fact only forty-five minutes. Suddenly land appeared beneath us and we were skimming the tops of trees. A massive wave of relief physically swept through my body; I was shaking, even though the thought crossed the back of my mind that the most dangerous time for a compromised aircraft can be on landing. Finally we touched down, one wheel and then the other, bumping along what looked like a rural tarmac. The cabin surged with ecstatic joy and gratitude – a tangle of raw emotions engulfing us all. A group of young men sitting in the row in front of me tore off their masks, hugging each other, shouting in joy. Others prayed, eyes filled with silent tears. The woman beside me took my hands; then we too hugged each other, neither of us uttering a word. Melting into each other,  silent sobs of relief.

The sense of gratitude to be alive was overwhelming. Although we were kept on the plane for over an hour before being allowed to disembark, no one complained. And when we finally crowded into a small, airless room with a broken air conditioner and only two bathroom stalls, still no one complained. The mood was jubilant.

Not long after, as local airport staff attended us, an American business traveler stepped forward, angrily demanding an onward flight immediately. He was joined by two European women who appeared to be desperately trying to book seats on their cell phones. Tensions erupted, and after some shouting, they were quietly taken upstairs and presumably put on other flights. The rest of us were told there would be a plane sent for us later that night from India. Everyone understood; there was no ill will.

It turned out that we were in Yangon, Myanmar. The airport was not on the airline’s route, so there were no ground staff to take control of the situation. The overwhelmed Burmese staff were very kind. They tried their best to care for us bringing warm soda drinks and first-aid in the form of ear drops and aspirin for the those of us, of which there were many, with damaged ear drums.

None of this mattered. Intimately connected through the emotional intensity of our ordeal, we chattered freely with each other, exchanging stories and sharing whatever food we had. “All I could think of above the ocean were sharks!” said one young woman.  “ I didn’t want to go that way!”. She laughed. I realized all of us had come face to face with our worst fears on that flight.

Ten hours later, a plane arrived from New Delhi and we took off for Bangkok. Once safely on the ground, I had briefly texted my daughter from Yangon the reason for my delay. At four am I let myself into her apartment. She emerged from the shadows, where she had been sitting, waiting alone. Wordlessly we clung to each other.

Reflecting on this incident, I am deeply grateful for the atmosphere of existential calm and surrender that I experienced around me in the cabin on that flight. It was not passivity, nor fatalistic resignation, but a soul-felt calm, a profound alertness that, if anything, generated Love. I know this helped me rise above my own existential terror when it was most needed. It was as if the deepest part of myself recognized and responded to that Love. I also appreciated the years of relentless admonition from a former spiritual teacher, that we always have a choice as long as we are conscious – and how precious that is.

I have often wondered if my experience would have been different had my co-passengers been of American or British origin. The only panic during the ordeal that I witnessed (apart from my own subjective experience) was that of a Westerner. Similarly the angry emotional scenes in Yangon airport occurred with Americans. Conclusions cannot be drawn from simply anecdotal experience, but this incident caused me to reflect on how our secular materialist culture in the West can leave us existentially bereft when death looms unexpectedly. Our culture is devoid of any sense of something larger than our own frail mortality, that we can reach for, or that reaches for us, when that mortality is threatened.

This incident deepened my own conviction as to how important the existential ground of Love is, how fundamental to us all — the essence of our humanity.