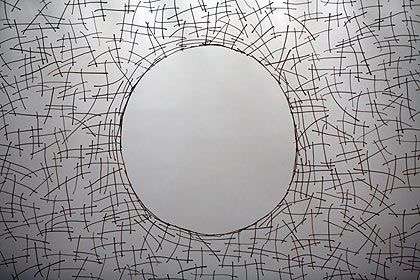 Reflections on the Culture Wars

Why are identity politics so dominating the public discourse? They are certainly drowning out not only any attempt at sensemaking as the world grows ever more complex and uncertain, but also other ways of relating to ourselves, each other, and the world at large beyond the merely political, ideological and technological. As Daniel Schmachtenberger comments, we can’t make good choices if we don’t have good sensemaking. And right now we are making more and more choices with worse means of sensemaking, if we haven’t already given up on trying, which as he eludes to, many of us already have. But perhaps this points to the fact that the only epistemological tools we appear to have, do not provide us with the kind of meaning-making capacity we need to respond to the nature of the crisis we are in.

The current culture wars have never been more contentious and eviserating. The latest expression of this depressing regression is what has come to be called “cancel culture”. The labels don’t help. It only exacerbates the problem when social media creates yet another corral in which these battles have the appearance of being legitimately being fought. Its not that the arguments on both sides are not complex; they sometimes are. But when I think about the attacks on, for example, JK Rowling and Woody Allen, there are two things that stand out. One is what happens when our subjective identification with some form of ideology or ideological trend entirely replaces any other form of social contract such as mutual respect, the visibility of the other, or interest in what is true; and secondly, how this reinforces and legitimises a collective culture of division, fear and mistrust.

We are supposed to be in the era of postmodernity right now. In fact, the right tells us that the postmodern left is dominating all our institutions. There is some truth to this. Yet, it is profit-centered, corporate-controlled modernism that is still thriving as the operating system of our political power structures. The initial inspiration of postmodern thinking goes back to Nietzsche, “the death of God”, and his opening of the gates to the creative freedom of becoming, and heroic individualism. As most people know, postmodern scepticism emerged intially in the artistic avant-garde, and then filtered down into the humanities departments of universities. Gasping for breath over the threat of nihilism and the conformity-driven control of capitalism, postmodernists were driven by a passion for freedom and authenticity, the deconstruction of metanarratives, and of the power inherent in the universalising structures of modernity. 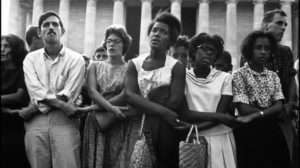 The questioning of these ‘conceptually constructed’ meanings and systems, picked up by the progressive movement, has created significant breakthroughs in changing cultural attitudes. It has led, at least to an extent, to the creation of more equitable and enlightened social structures, as well as waking us up to climate change and impending ecological collapse. It even includes lobsters. I read today that the British Veterinary Association and some top chefs are calling for lobsters to be stunned before being cooked, rather than being plunged alive into boiling water where they obviously suffer immensely. In essense, the progressive movement has been about developing sensitivity to the impact of modernity on every aspect of how we relate to the world. These breakthroughs are manifold and continue, for example most notably in recent social movements such as #MeToo, Extinction Rebellion, LGBTQi and Black Lives Matter.

But it is also true that pluralism—the understanding that truth is always relative—for all its strengths, has led us into a strange hall of mirrors, particularly in the left. Typically, what we relate to and see as legitimate is only our own subjective point of view, and that of our particular tribe. This is the background to progressive ‘wokism’, and it has set the stage for cancel culture. In addition, a large part of postmodernist scepticism and the pursuit of authenticity has been hijacked by the very forces of conformity it sought to overcome. Consumer capitalism is built on thinking for us. And our totalising embrace of market-driven, incentivised digital technology has conspired to make it difficult to think independently at all, outside of competing and often dehumanising polarised memes. As Leonid Bilmes wrote in his article on the late French philosopher, Bernard Stiegler:

“The catastrophe of the digital age is that the global economy, powered by computational “reason” and driven by profit, is foreclosing the horizon of independent reflection for the majority of our species, insofar as we remain unaware that our thinking is so often being constricted by lines of code intended to anticipate and actively shape consciousness itself.”

Part of the developing conversation in response to the culture wars, has been the Intellectual Dark Web, or IDW, now somewhat dissipated as a result of Jordan Peterson’s disappearance in 2019. The IDW is a curious beast, born of the de-evolution of sections of the left into cancel culture’s moralistic absolutism. The IDW’s claim to be traditionally liberal, and the only place where anyone is willing to have a conversation, might have had some truth to it, and I appreciate how Jordan Peterson has offered young people, (well men at least, given his notorious reactionary attitudes to women), a sense of meaning in his advocation of personal responsibility, standing up straight, and his particular version of the sacred dimension of life. But the IDW also masks a deep traditional conservatism, as well as the support of western-centric neoliberalist ideology, as if this is just taken for granted as being a sign of civilisational superiority. The American philosopher Ken Wilber sees the IDW as 2nd Tier ‘Integral’ thinkers. What this means in Integral terminology is that they have integrated and transcended postmodernism. I don’t think so. It is not so much what is being said by the IDW, although it often is that as well. But it is also what is not being said, i.e, anything that fundamentally questions the “capitalocene” itself.

Looking at the culture wars more existentially, in the Anthropocentric age, as Leslie Paul Theile writes, in reflecting on Martin Heidegger’s insights on technology, “we have effectively reduced the world to our representation of it…..wherever we look, we encounter a reflection of ourselves. At this point, in an ironic twist, the objectivity of the world vanishes. All that exists now comes to exist, from a technological perspective, because it is represented or produced by us.” This relates to the control of culture that Stiegler referred to as “a strategic function of industrial activity,” where, as he rather depressingly put it, “there is no longer any belief in nor possibility of a pursuit of individuation”. 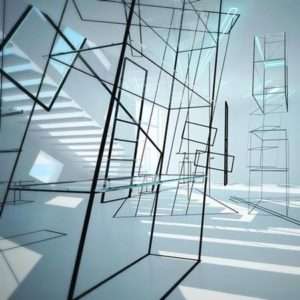 Yet, both Heidegger and Stiegler are not against technology. In both their cases it is more about developing an awareness of the threat technology poses when we are subordinated to it. For as it happens, it is also in new media that the conversation we need might actually be developing, in the midst of the global pandemic and the ever-growing likelihood of ecological collapse. As the German poet Friederich Hölderlin wrote, “But where the danger is, grows the saving power also.”

The metacrisis is a signal to us, or even a call, if we believe in the Universe’s own subjectivity; that the control of culture Stiegler is referring to, is on one level simply an illusion, however extensive it might appear to be. It is here in the Universe kicking back, that our individuation has the opportunity to re-emerge, in the awareness that there are, and always have been, much greater forces at play than merely ourselves.

The potential of the frightening realities that confront us globally is that they have the capacity to reconnect us to the larger processes we share, and have always shared, and to a set of meanings and signifiers that, still alive for many in more traditional cultures, lead us directly to the mystery of existence itself. In the face of technological nihilism, Heidegger suggests we “wait for Gods”. This is not to recommend passivity, but rather as Leslie Paul Thiele suggests, to acknowledge that, “the disclosure of the transcendent is not solely under human command.” In essence, “It signifies nothing more nor less than an openess to that which transcends human being”. So, how do we actually do this?

People like Daniel Schamachtenberger and Jordan Hall are doing important work in emphasising the necessity for sensemaking, individually and collectively. As they suggest, utilising our own discrimination works directly against market-driven incentives, that only want to do our sensemaking for us. The commitment to our own empirical thinking is an important aspect of this, for sure. But there are other dimensions of meaning-making and creative intelligence that have been critically absent for us, in the western world, for hundreds of years. This is a result of our over-reliance on this very form of cognitive thinking. What we essentially suffer from is a scarcity of meaning, and that meaning is to be found in our connection to each other, and to the world around us. 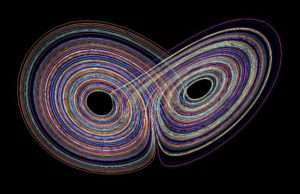 It is perhaps not irrelevant here to mention that it was India that came up with the notion of zero somewhere between 224 and 383 AD, in which all numbers have their relationship. This is a concept worth reflecting on. The notion of ‘dharma’ in India, even if it is no longer what is driving sensemaking in the subcontinent itself these days, at least at any level of scale, is all about discernment, but discernment in the context of universal cosmic reality. This is an idea that will make many a postmodernist shudder, but which is in fact, not about ‘representative truth’, but rather an ontological questioning, grounded in reflective thinking. It involves a vulnerability and an openness to transformation, that includes the questioning of our own prejudices and biases. This kind of discernment requires a different form of post-rational (but inclusive of rational), (post-philosophical – see Heidegger) ontic thinking. It reveals a truth that is never static, but endlessly self-revealing.

Where this can really happen is in a form of intersubjective dialogue, but here intersubjective, if we are ready to accept that Nature has its own subjectivity, means not only between humans. It has to do with the interbeing of the whole universe with itself. This requires a sensitivity of participation with every aspect of existence, inner and outer, seen and unseen. An enormous challenge, but an exciting one, precisely because, at scale, it can take us beyond the Anthropocene. Without this, the context for our sensemaking is always going to be reductive, and therefore unable to meet the scale of transformation required.