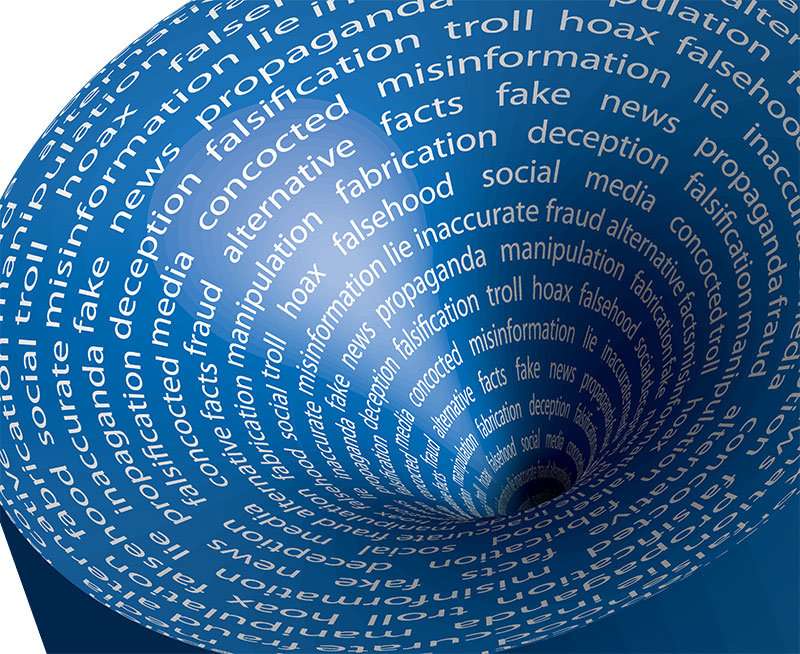 About six weeks ago, we had three days of very heavy rains and thunderstorms in my region in India which led to trees falling on electric transmission lines, and there was widespread disruption to the power supply. The mobile communication towers stopped working and, being a low priority rural area, no one came with diesel generators to run them on alternative fuel.

For a day and a half, there was no power and therefore no network at all in Sawantwadi, the small town where I am. But in my village some twenty kms away from the town, there was no electricity for more than three days. Since my farm is off the grid and runs on solar power, mine was the only farm with power! As a result, many among the local youth came here to charge their mobile phones. I asked them what they would do with charged phones since there was no network anyway, and they said yes, we can only play some off-line games. They left with mournful expressions on their faces.

The mobile network resumed intermittently, but then my sim card stopped working. Getting through to the mobile operator’s helpline and actually getting a human to respond took a few days and lots of patience and pranayam*. Finally I was told that it would it take a week to get a replacement sim – as I said, rural places have low priority. The result of all this is that I was without a data network for more than twelve days. I was on my farm busy the whole day with regular monsoon activity. But before 8.30am and after 6.30pm, I was glancing now and then at the mobile screen, drawn to it by some invisible force. Soon, it became very troubling. 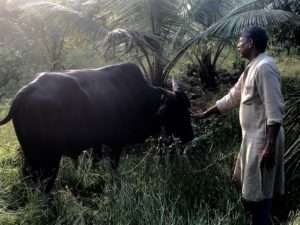 Monsoon is beautiful in Sawantwadi. At the peak of monsoon, the temperature remains between 24 to 27 degree centigrade all through the day and falls to between 18 and 20 degrees at night. Being amidst a forest, one can feel the pulse of nature throbbing with life and abundance. Yet, sitting in the evenings in these surroundings sipping a cup of hot tea after a fulfilling day, I caught myself glancing time and again at my mobile screen, sometimes even picking the phone up unconsciously and then putting it back, because there was no network. Why?

There was nothing particular I was looking for. To hold the phone, to be held captive by it, to be lost inside its content, that had become a habit. A habit which had grown to a deep level, slowly, surreptitiously. YouTube, WhatsApp and the News apps had got my mind dependent. The mind had become compulsive in a way that, when I was conscious of it, I myself was repulsed.

Is it because I am mostly alone in the evenings that I reach for the phone? Would I behave differently if I was with people all the time? I considered this: yes, being with visitors certainly takes the mind to a high level of alertness and freshness. So if I had people here all the time, would that make a difference? Or, will this farm also become like many of my friends’ and relatives’ homes where each of them is pulled into his or her phone or ipad, in solitary mode? Where, the only time they sit together on a sofa is not facing one another, but together facing the television?

What exactly do I do on the mobile, I asked myself. I could try and justify that I only watch ‘useful’ videos on YouTube; that I see the links sent to me on WhatsApp by friends and family who are very dear to me, or that I am keeping myself abreast of developments through news apps. The truth of course is more than that. To give one example, I was sucked into a chess channel and was watching chess games’ analysis every day. I even began to watch live chess matches – imagine a ‘live’ chess match where nothing moves for five minutes!

Then there are the ‘health’ videos in this time of corona: the critiques of media hype and modern medicine, the alternative cures, the yoga and Ayurveda* channels and the new diets. I also followed, without quite knowing why, a Sanskrit channel about Indian scriptures, and in my daze even made a donation to it. I followed magic shows and also spent hours watching a guy revealing how magic tricks are done. I followed two mathematics channels, dazzled by presentations on things I cannot even recall now, except that it included one quite meaningless proof that 1 is equal to 2!

And then there are the ‘spiritual’ channels: There is Krishnamurti. Osho is an old magnet, and now there is Sadhguru. There are also the organic farming channels, the environment and ecology channels, the political channels, the critiques of modernity, the Bharatiya and Indic channels – so much YouTubing! And all these were holding and pulling me towards them as if I had little control of myself.

One may feel there is nothing wrong on the surface with all this, but some introspection would reveal that there are indeed problems worthy of attention. The first is that this type of exposure fragments the mind; some would say YouTube is in fact designed to do that, to keep the mind in constant shopping mode. The mind flits about here and there, sniffing at this and that (it is the complete opposite of meditation). Soon this becomes a habit, and the habit diminishes the alertness of the mind – the dull blank look in the eyes of people who look up from their mobiles is a sign of this, as is the anguished and imploring look in the eyes of those whose network has deserted them.

A second cause of concern is that this type of browsing keeps the mind tied down to the realm of familiarity, without adding any depth of clarity to it. It’s a trick our school education system has played with us before, and the YouTube exposure only strengthens that weakness. For example, I am familiar with the words Tantra, Mantra, Yantra, Sukta, Stotra, etc. and therefore followed them on the Sanskrit channel. I ask myself now: what more do I know about them after this exposure? What are my insights? If asked, can I explain these concepts to you? The answer is no: I have remained at the level of the ‘familiar’, wading in a shallow lake of verbal familiarity, without my mind adding any depth to itself. Similarly with other things: like Calculus, Quantum Mechanics, Dark Energy, Black Holes, etc. in Math & Science channels. Or Atma, Consciousness, Samadhi, Enlightenment, Bliss, etc. in the Spiritual channels.

A third concern is the division happening within human minds. The peculiar programming of social media links means that people are pushed and prodded into echo chambers, they only listen to their own opinions reflecting back. This is seen in the links offered to us on YouTube. This is also particularly true of WhatsApp groups. Much of WhatsApp group content (not the family groups) pushes people further in the direction of their stated opinions, shared obsessions or shared hatred. One questions if any meaningful mental development can happen in these echo chambers. 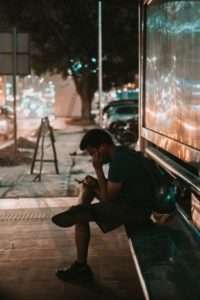 A fourth concern is that much of the content we absorb is intellectual; it’s a play on our thought, faith, beliefs, opinions, and biases. I wish this enormous exposure to internet content had more to show in terms of how it changes our daily life, our competence, our relationships, the way we live in this world. But from what we can see, that is hardly the case. Whether it is subscribing to leftist revolutionary channels or Gandhi channels or Hindu channels or Krishnamurti channels or Alternate Living channels, so much of it remains at the level of armchair intellectualism – a vicarious pleasure which cannot or does not translate into our lives in the real world.

I have been on the exploratory path for a long time, with a lot of reading, research, questioning and contemplation. Every now and then I like to pause and ask myself: What transformation has occurred in me, in my living, in my relationships? In what way am I a better human being, a better social citizen? And now, with a year of YouTubing, I would like to pause again and ask those same questions. But to see, to observe and learn from that, I have to detach myself from the mobile and give myself to myself. A year ago, when I first forwarded a YouTube link to my son, he laughingly remarked, ‘welcome to the rabbit hole’. Now I see the full meaning of what he said. Even a rabbit hole has to end somewhere, but YouTube is a bottomless pit. And with Facebook, Instagram and Twitter, of which I have little personal experience, I am told they have additional problems of inducing exhibitionism, validation seeking and approval-anxiety.

I recall the great philosopher J. Krishnamurti who, in a talk about freedom and the conditioned mind, once said something to the effect: ‘why do you read other people’s books? Look at your own life, your life is a book, read it!’ Maybe one can apply a similar observation to chasing YouTube videos: that those who are doing and presenting the stuff, whether it is analysing and offering opinions or producing entertainment videos – they are facing the reality of their own world in whatever limited way, and their YouTube products are a result of their own experience, or excitement, or in some cases livelihood. They are the producers. And we the consumers are the addicts, who are led down the rabbit hole; we detach ourselves from our reality and are, to compare with Krishnamurti’s comment, only viewing ‘other people’s lives’ while our own life is there to observe, and through it, to see our self, our home, our neighbours, our community, our country, and indeed our whole world.

While musing about all this, my new sim card arrived and the data network was also restored, but the question had been raised, and I feel now I need to find a resolution to this. I delayed reinstalling WhatsApp by a month, and I still hesitate to participate in my old groups. The YouTube app is there: we are still friends, but our relationship has undergone a change. I use it for information and research, but some new cells in me remain alert and warn me against getting sucked in. I have not given up on my interests or sacrificed my passions. I am not doing different things I just want to do things differently. 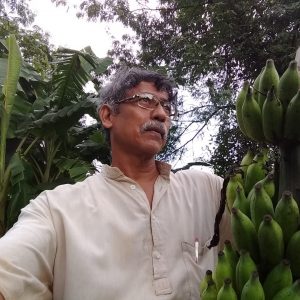