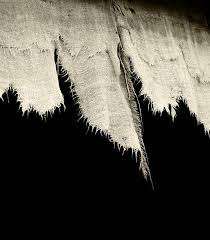 J L Mehta, an Indian philosopher and admirer of the German philosopher Martin Heidegger once wrote , “So long as we live encapsulated within one tradition, our own, and in a language that embodies it, we can think and move and have our being only within the horizon of reality opened up by it.”

The idea of calling this website 3rd Space came about in response to exactly this point. Our own European, Christian/Greek tradition has taught us to look at everything in one particular way, that is within a subject/object polarity. Its limitation and our resulting crisis today, is in its tendency to ‘externalise’ and ‘objectify’. The most obvious example is how we see nature as an object for our own extraction and consumption. Our tradition functions within a dialectical paradigm. But reality isn’t necessarily a dialectical, ‘this’ versus ‘that’ kind of world. Between the two there is a third space. This ‘3rd Space’ kind of thinking and awareness is really starting to emerge now in the new science and in postmodernism. It begins with the recognition of the limitation of the thinking of our own tradition. Whatever crisis, psychotropic plant medicine, or sudden enlightenment that might be required to bring such a recognition about, it requires us beginning to be able to stand outside of our own tradition of thinking. But as Mehta suggests, it also comes “as a call from somewhere beyond us”. It involves opening ourselves up to what is ‘other’.

One way this recognition can happen is in exposing ourselves to other civilisations that look at the world quite differently from our own. This reminds me of when I arrived in Delhi from Britain in 2017, after a long time away from the country I had lived in for seven years.

From the journal I kept at the time: “Two first impressions on arriving. Firstly I was exhausted and fractious leaving the airport after getting (I was convinced) ripped off at the money exchange counter. But once entering Delhi, the ease of India began to make its influence felt. Later in the evening, walking home to my guest house on the dust-filled streets of Karol Bagh, I suddenly became aware of the internal structures of relating to the world that I have unconsciously reconstructed as a result of living in the west. In India it quickly becomes evident that these structures are inoperable and alien, and do not correspond at all to the entirely unconstructed (or perhaps entirely differently constructed) world that is India. It is why I always feel an immense relaxation here, of layers of my own internal structures falling away into…into what? The best way I can describe it is into…simply being.”

To go back to J L Mehta, he mentions the German poet Friederich Hölderlin as saying, “the free use of what is our very own is hardest to learn”. Our own tradition, Mehta argues, can only be freely appropriated and reclaimed “after voyaging far into what is its other…after much wandering in foreign pastures.” It is this kind of wandering that makes inter-civilisational dialogue truly possible.

Mehta quotes Heidegger to emphasise his point, “The wandering off in the direction of the questionable and the question-worthy is not irresponsible adventure but homecoming.”