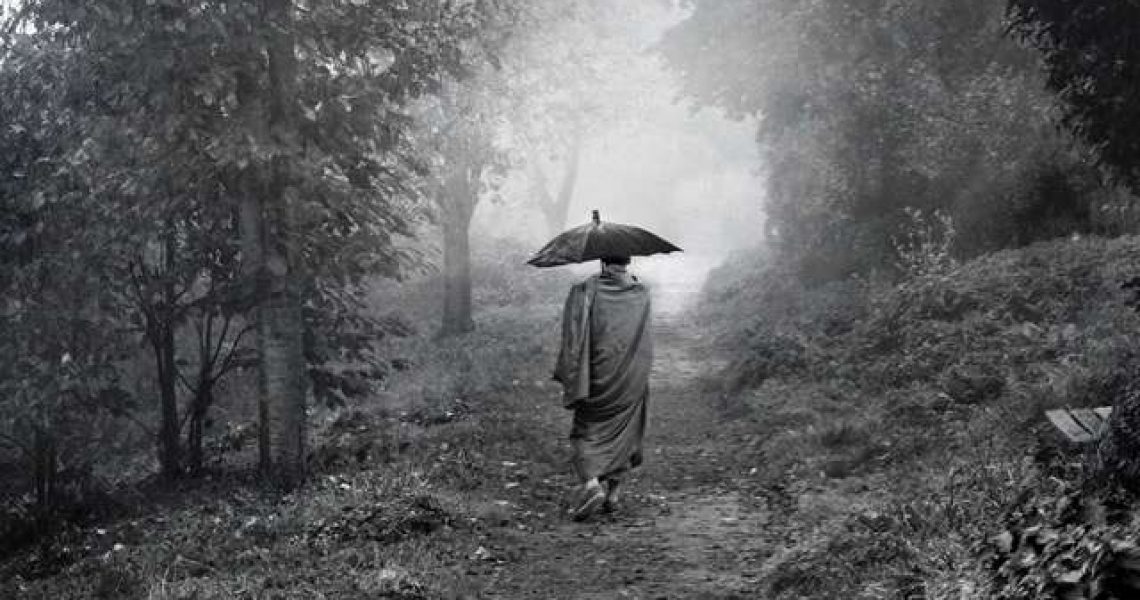 Mindfulness and Meditation – a secular hijack?

The practice of Mindfulness, as everyone knows, has taken off in a big way in the western hemisphere. It is the most successful ‘non-religious’, awareness-based, self-help practice to establish itself in the west in recent decades, with the aim of ameliorating the stress of life in our deeply troubled and crisis-ridden world.

From executives in Silicon Valley to schoolchildren, to the military, hospitals, prison inmates…everyone appears to have gotten into Mindfulness. The benefits are there for all to see, since the effects of mindfulness have been studied by a plethora of health bodies around the world.

They include stress reduction, greater focus and attention, more emotional balance and resilience, a sense of calmness and greater openness and compassion toward others. And it makes sense. Becoming more aware of the present moment—the key message of Mindfulness—and of our internal process of thoughts and feelings, finding some space from our mostly turbulent inner world, is bound to have a positive effect; and it clearly is. It’s also particularly heartening to see that children are learning to meditate, and more and more schools are taking up the practice.

Mindfulness, for those who don’t already know, is an aspect of the practice of meditation, taken from the Buddhist tradition. John Kabatt-Zin, the American professor of medicine at the University of Massachusetts, and a meditator himself, is generally considered to be the founder of the Mindfulness movement in the West.

He started his Stress Reduction Clinic and Centre for Mindfulness in Boston, his intention being to bring the psychological benefits of meditation to sections of society that he thought could benefit from a ‘lighter’ and more accessible version of meditation; all well and good.

However its adaptation to the US military, apparently with Kabatt-Zinn’s approval, in order to improve “operational effectiveness”, makes one wonder what happened to a practice that in its eastern origins was grounded in the ethics of non-violence. What is certain is that in capitalism’s heartland, marketers have been paying close attention to Mindfulness. Right now it is an extremely lucrative four billion dollar industry.

Without in any way wishing to diminish the benefits that practices like yoga, mindfulness and meditation have brought to the western world, it is also important I think, to look a little more closely at what is going on here.

Clearly practices like yoga, mindfulness and meditation have brought enormous benefits to the west, particularly in physical and mental health, highlighting the importance of awareness in relationship to our inner world as mentioned, and providing some greater degree of free agency. But when such practices are lifted out of their original cultural contexts and meanings, and translated for the needs of modern culture in the West, they inevitably become, well..something else in the process, even if the practices themselves might remain relatively the same.

This brings up a number of questions. What, for one thing, is the impact and effect on the civilisation of origin when its own cultural artifacts are appropriated and assimilated to the needs of the Western world?

This might seem like a strange question, given that cultural exchange is one of the most enriching aspects of globalisation. The reason it is important is because there is a profound historical precedent to this form of appropriation. This is something we are only beginning to question in the West.

As a result of colonialism in India for example, as in other colonised countries, India’s own indigenous forms of knowledge and complex embedded cultural structures were systematically stripped of their meaning, and replaced by the West’s own epistemology and forms of governance. Essentially the same has happened with the way we have chosen to interpret yoga and meditation.

Secondly, how do these practices change when assimilated to Western cultural values and orientation?

And what is the effect of this, both on the individual involved in these practices, and their relationship to the world?

It is not a surprise that the practice of meditation has largely, although certainly not entirely, morphed into Mindfulness in the West. The concept of Mindfulness, and its emphasis on the psychological benefits of meditation, is a lot more palatable and more easily adaptable to a secular, individualised, psychologically orientated culture than meditation itself; and of course, it is a lot more marketable.

In India, yoga and meditation in particular, (mindfulness being adapted from the Buddhist meditation tradition), are an integral part of a deeply embedded cultural orientation toward spirituality, that has existed in extraordinarily diverse forms from India’s civilisational foundations.

The purpose of these practices has been to provide diverse paths to spiritual transformation, which traditionally is seen as the highest purpose of human life. At its heart, this has to do with the transformation of identity; of our understanding of who we are. The practice of meditation as it is understood in Asia, is not just about becoming aware of our thoughts and feelings in the present moment, but understanding that our thoughts and feelings are not who we are.

When we realise that we are not defined at all by our thoughts and feelings, we are able to discover the infinite space of consciousness itself, in which the entire universe appears to be arising.

Realising there is no division between self and world, can change how we relate to life in a fundamental way, because the world is no longer experienced as something entirely separate from who we are.

This has radical implications, not only for a highly individualistic society, but also its purely rationalist foundations. The same applies to a great extent in contemporary India, which at least in the political sphere, the social sciences, and in large sectors of society, has adopted the same rationalist epistemology as the West, as a result of colonialism.

It is almost impossible for us in the West not to approach the practice of meditation in a psychological context, simply because we are deeply habituated to look at our experience in terms of how it relates to our own subjectivity.

Approaching meditation psychologically can certainly help us have greater detachment from our thoughts and feelings which is not a small thing, but when meditation is approached as only a technique to support the self, it can lead to a kind of psychological immunity, where we are relatively untouched by anything. This can help us live with the stress of the world as it is, but often without any inspiration to change it. We are able to tolerate the world as it is, because living with ourselves has become more comfortable.

Lifting meditation out of its cultural context is to some extent inevitably to abstract  it. It is taken out of time and place. What is the effect of this?

When the way we look at everything, the invisible sea we swim in, is rooted in a rational, secular and subjectified view of the world, in which the mystery of existence has been deliberately left out, how are we going to interpret the implications of the experience that there is no fundamental separation between self and world, between the material and the spiritual?

What is the meaning we are going to make of it?

At a time when we are facing unprecedented meta crises globally, and when our ability to make sense of an increasingly complex world is under siege from market forces, incentivised digital technology, and polarised ideologies, these questions become ever more relevant.

Traditionally in India, the purpose of the discovery of consciousness in meditation and other spiritual practices is not simply for the individual, since the individual is not perceived as a separate independent entity, but rather for the infinite context this discovery provides, through which the individual is able to perceive and respond to life as a whole (dharma).

Because of this, in the Asian traditions, enormous rigour has been brought to the subjective field, and to the dynamic relationship between subjectivity and the world.

When we recognise the inherent inseparability and interpenetration of all life, it can evoke both a profound existential trust, and simultaneously a recognition that who we are and what we do effects the whole, in ways and to an extent that is hard to measure.

What becomes important then, and is particularly relevant to our predicament in the West right now, is the quality of our perception, and the kind of self-cultivation this requires.

This naturally generates an open inquiry into every aspect of life, a form of sense making that is on one hand empirical, but is also fluid and versatile, enabling the possibility of creative action between self and world that is both mysterious and ever self-revealing.