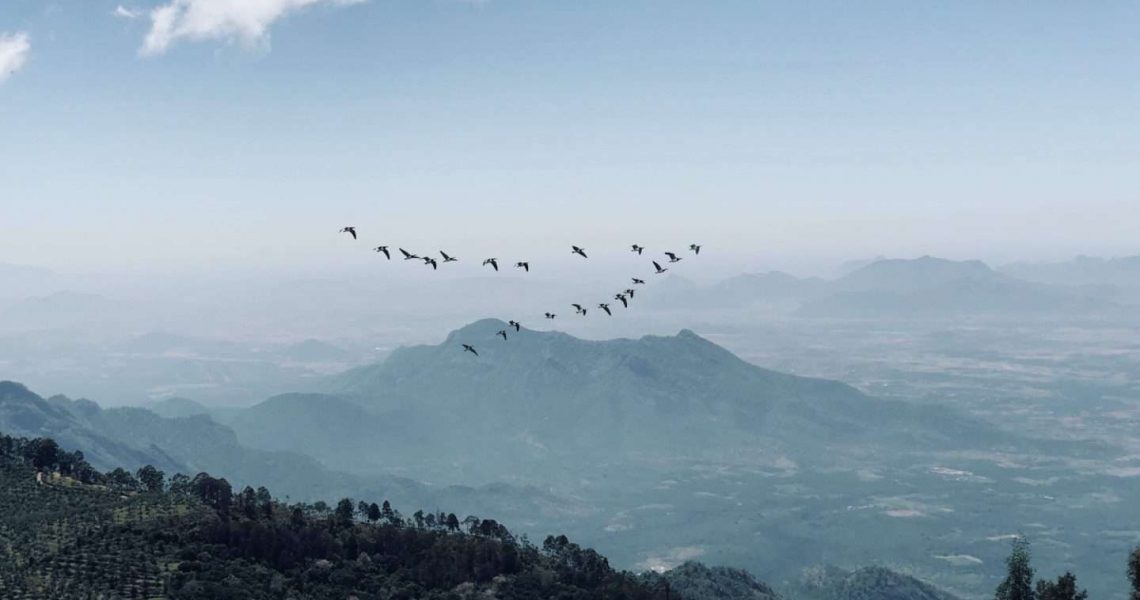 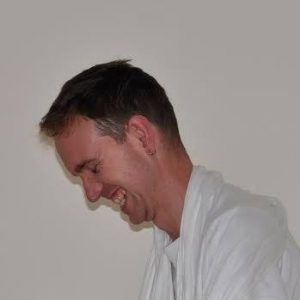 VIshwam Heckert explores how we move beyond empire and imperialism, abstraction and disconnection: "...If we wish to transform our world, we cannot do so without unlearning the embodied and psychic habit of separating 'us' and 'them' or 'me' from the 'world.'"

These are excerpts taken from Heckert's article, Unlearning Empire - Re-membering Earth, published in LESS: A Journal of Degrowth in Scotland.

Sitting in the garden here in Cupar, drinking in this late September warmth, a familiar sound draws my gaze to the flight path above – not of aeroplanes, but wild geese wending their way south for winter. I love their dynamically shifting V-formations, supporting each other in their long journey home. The way they listen to the wind with their wings, following the flow that guides them on their way, makes my heart sing.

I’m also inspired to remember that the ancient ancestors of these beautiful geese also faced extinction. Rather than disappearing as we once thought, we now know that some of the dinosaurs found their wings. They adapted to changing conditions, discovering hidden depths of capacity within themselves.

In these times, there is little doubt that once again the Earth is calling on us all to evolve – to find new forms for living together. And we can see this isn’t easy. Change seems to bring fear and resistance. That is to be expected.

The secret of flight seems to lie in becoming empty. Even the bones of birds are hollow, giving them lift.

We might see ourselves as children of empire, either rebelling against or obedient to (two sides of the same coin) a belief that a particular way of living is advanced, superior, and unquestionably right. We might see how this pattern becomes embodied in our movements, our emotional responses, and our ways of thinking. And yet, somehow its grasp is never complete.

For before, during, and after empire, here is the Earth. We are first and foremost of the Earth and anything we have learned from empire, we can unlearn. Not simply with our intellect but with our whole being. In unlearning, we allow ourselves to evolve. Not by force, not by strategy, not by grandeur, but through gentleness, simplicity, and community.

This transformation of our culture is so critical, it can’t be rushed. Instead, we might honour the value and power of gentleness, of slowing down and of allowing ourselves to be transformed from within by the power of life itself. This inner transformation seems to be essential to the outer cultural shift we are all desperately hoping for.

The wing muscles of the wild geese are strong, it’s true. But it’s the sensitivity of the feathers that lets them follow the wind. It’s the humility of their hearts that allows them to take turns leading. No one is in front in order to impress the others, but to support them just as that one has been supported by the others.

Disconnection is both the root and the fruit of empire. There can be no hierarchy without separation, no ‘other’ to conquer and control. For anyone to draw lines on a map or between kinds of people, effectively declaring some lives are more important than others relies on the imagination that Life is fragmented, that the Earth is not a singular being. Of course, we each have our own wonderful and distinctive way of being in the world. Life is beautifully diverse. And it is all deeply connected.

When viewed through the lens of empire, life seems to be distorted. Even the teachings of the nice young man 2,000 years ago who said simply “love each other” somehow became justification for Crusades and sectarian violence when translated through the worldview of the Roman Empire. If we wish to transform our world, we cannot do so without unlearning the embodied and psychic habit of separating ‘us’ and ‘them’ or ‘me’ from the ‘world’.

We might now choose to replace the word empire with trauma and see how it still makes sense. Empire seems abstract, maybe distant. Trauma is intimate and embodied. But the patterns are the same. Empire is both cause and result of intergenerational trauma. My Oglala Lakota relative Edwina Brown Bull of Pine Ridge Reservation speaks powerfully of this, when she talks of the history of boarding schools for indigenous people as part of the genocidal policies of the US (and Canadian) governments, which we are hearing about now in the news.

“It’s important to understand that Federal Indian Policy played a major role in not only dismantling who we were as a people, but the land and the boarding schools were all a part of the Federal Indian Policy that were an attempt to assimilate the indigenous people to be … [weighted pause] emotion just struck me … it was an attempt for us to be something that they wanted us to be. […] As I’m learning more about the Federal Indian Policy and the impact it had on everything – every part of our indigenous nations – the one thing I have to remind myself is that they can only do to us what was already done to them. So when I say that statement, I’m looking at it not from a victim standpoint but more from a place of seeing that there was trauma within them in order for those to acts to happen to us. [There was trauma at] all levels from governmental to personal – all those levels!”

We all handle trauma differently. Many of us learn to survive by thinking to ourselves “it wasn’t that bad” and focussing our attention on what we might think of as “bigger problems”. Others get very caught up in the trauma, holding it close and making it an identity. We might say we have nothing to lose but our chains, but what if our chains are how we make sense of the world?

When we look closely at these big questions – like decolonisation, degrowth, and decarbonisation (i.e. transforming the foundation of our whole way of life), we might see that they are made up of a whole lot of smaller questions about our everyday lives. It’s not logical to say we can have a healthy, sustainable, and equitable culture in Scotland without nurturing the conditions which allow the healing of the traumas that keep us feeling disconnected in various ways. That would be a bit like trying to help an ecosystem recover without tenderly nurturing the plants and animals…

Many of the great spiritual traditions teach that to heal the wounds we carry with us and to be of greater service to humanity and our whole planet, we might choose the path of becoming empty, like wild geese. In the Oglala Lakota tradition, we see very clearly how this supports a non-capitalist way of life.

Unlearning empire, unlearning separation, unlearning identifying with categories that keep us apart … undoing the damage we have done and recognising ourselves as integral with Nature, with Life Itself. Through the practices of Yoga (including breathing, meditation, postures, awareness of the mental patterns, community, and devotion to something which is greater than ourselves) or similar paths of healing and transformation, we find our sense of separation becoming thinner as we come undone.

In undoing or emptying, we discover a fullness, a great beauty and sense of wonderment, much as ‘degrowth’ invites us to grow in ways that aren’t just about money but are about the wholeness of life. Until we empty ourselves of our need for more, we’ll never discover the richness that we already are. Capitalism depends very much on the suppression of our connection with life, with our bodies, with our pain, and with our healing. We’re invited, instead, to distract ourselves endlessly with either working or consuming.

Through individual and collective practices of healing, our relationships are transformed: with ourselves, each other, the land, and whatever word we might like to use for the Infinite. The great anarchist Gustav Landauer pointed to this as the essence of revolution, for no institution is a transcendental being, above and beyond everyday life. “The state”, he wrote, “is a social relationship; a certain way of people relating to one another. It can be destroyed by creating new social relationships, i.e., by people relating to one another differently.” Following indigenous teachings and great eco-mystics like Mary Oliver, Kathleen Jamie, Nan Shepard, and John Muir, we might expand this to include our relationships with trees and mountains, with earthworms and songbirds, with healing herbs and clear running waters.