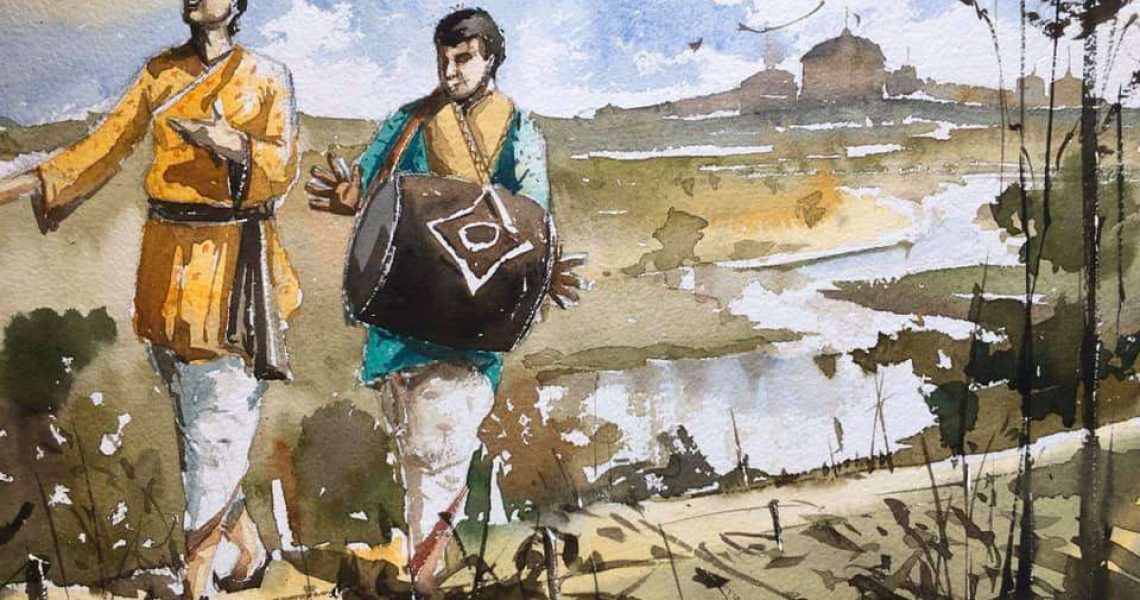 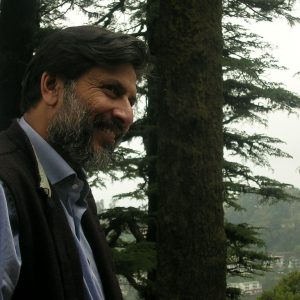 I grew up as a non-believer, an atheist. However, when I started working in the rural area in India, and developed some sort of relationship with the villagers, I began to appreciate their innate goodness, the values that they lived by in their everyday lives, and how easy and natural it was for them to live like that.

When I compared myself and others like me – urban, ‘educated’, modern with a ‘scientific’ outlook – with them, I found that even though we speak a lot about ‘values’, like freedom, equality, rights etc, we largely lack values in our personal lives.

We live with a lot of contradictions and hypocrisy in our personal lives. Telling a lie comes very easily to us. We can look at the way CVs are made these days as an example. Often all this is done to look good in the eyes of others, to appear politically correct, to sell ourselves in the market, and other such reasons. Since everyone else is doing the same thing, we seldom notice it. Working with this rural community brought out the sharp contrast there is, between us and them. Of course, I am not saying everything is perfect in the villages and that all of them are virtuous, but by and large, they ‘live’ their values, and it is quite easy and natural for them. They do not make a big fuss about it. If they do something that goes against their values, they are conscious of it and feel a tinge of guilt, but we the educated have no such qualms.

This made me wonder what the main reason was for this difference. I could only come up with one major difference: that they had ‘faith’, and I had none.

The problem of how to develop faith led me to gradually start observing the context behind our activities, because my training was to look at all activities in isolation.

The context is the earth or the ground on which we walk or run, or the water in which we swim. Walking is not possible without the earth beneath us. So, the act of walking is dependent not just on the ‘doer’, but on something more fundamental. This led me to question the huge importance we give to the one who is acting, the doer. But nothing is in isolation.

About twelve years ago I organized a conference on “Indian Languages and Dialects”. In this conference my attention was drawn to the fact that all Indian languages, including all dialects, construct their sentences in a very different manner from the way sentences are constructed in English.

I found this very interesting. It led me to understand the famous shloka in the Bhagavad Gita, where it is says that the results of one’s actions are not in the control of the doer. There is always more than one cause for something to unfold and many of these causes lie in the domain of the unknown. This is pertinent in relationship to the modern fetish with control. It led me to ponder about the Unknown and Uncertainty.

Finally, this journey developed faith in me. My journey goes on, but this was a major milestone.

From the human perspective, Existence, whatever there is – both the sensorial and that which are beyond senses (thoughts, feelings, imagination, desires etc) consists of the Known and the Unknown – two domains.

This is true, both at the micro or individual level, as well as at the macro or collective level. Any new discovery, before it reveals itself (or gets revealed), lies in the domain of the Unknown.

There is a transition from the Unknown into the Known as we make new discoveries. But this does not have any impact on the Unknown, which remains Infinite and Omnipresent.

There is a transition also in the opposite direction – from the Known into the Unknown – but this is subtle and often goes unnoticed. This is called vismriti. What was known once, gets lost or goes back into the domain of the Unknown. [Itithas as distinct from history, Archaeology, (good) literature etc may help us rediscover what was once Known].

It is quite possible that what we discover today, in our arrogance, we assume to be a new discovery, but in fact it may have been known earlier and then lost.

Uncertainty is the manifestation of the Unknown into the Known. It is always present, but human beings normally recognise it only when things either go wrong or when something entirely unexpected (in the direction of desirability) happens.

It is the conditioning of the modern mind to perceive the Doing and the Cause of Doing in Isolation, without seeing either the context(s) (there are layers and layers of contexts; the context of the Doing/Unfolding/Happening and the context behind that context and so on), or other connection/inter-dependencies that play a role in the Happening/Unfoldment.

Because of this deep conditioning, we attribute the cause of the Happening only to the individual (or group of individuals) intending or desiring and making the effort. But there is never ever only a single cause to the Unfoldment.

Recognition and Acknowledgement (which follows recognition) of these other factors (over which we have no control) playing a role in the unfoldment, gives rise to gratitude and Faith and true Humility. Non-recognition and non-acknowledgement are due to ignorance, resulting in arrogance.

Human beings are only one of the several causes in (some of) the happening. There are causes, beyond their reach, which also play a role in the happening. Desire to Control is anti-existential, it is false. It is mithya. It is mithya because it is simply Not True. This happens due to ignorance, conditioning, and it gives rise to arrogance. The mistaken belief that one who is attempting/doing is the one who is in control, and he/she is the sole Doer (while ignoring or being completely oblivious to the role played by the Unknown), gives rise to this arrogance, (taking entire credit for the Happening).

Life (the Happening/Unfolding) seems to be like a non-stop Dance of coming together (and moving away), making direct/indirect connections. This is in Continuity, Without A Break, Constantly Happening. As there is no break – the Past is always Connected to the Present and in the Present Everything (sensorial and extra sensorial) is Connected with Everything – directly or indirectly.

And where is all the dance happening? What is the Largest Context (the context of all contexts), in which All this is Happening?

All paintings by Guin Srikanta