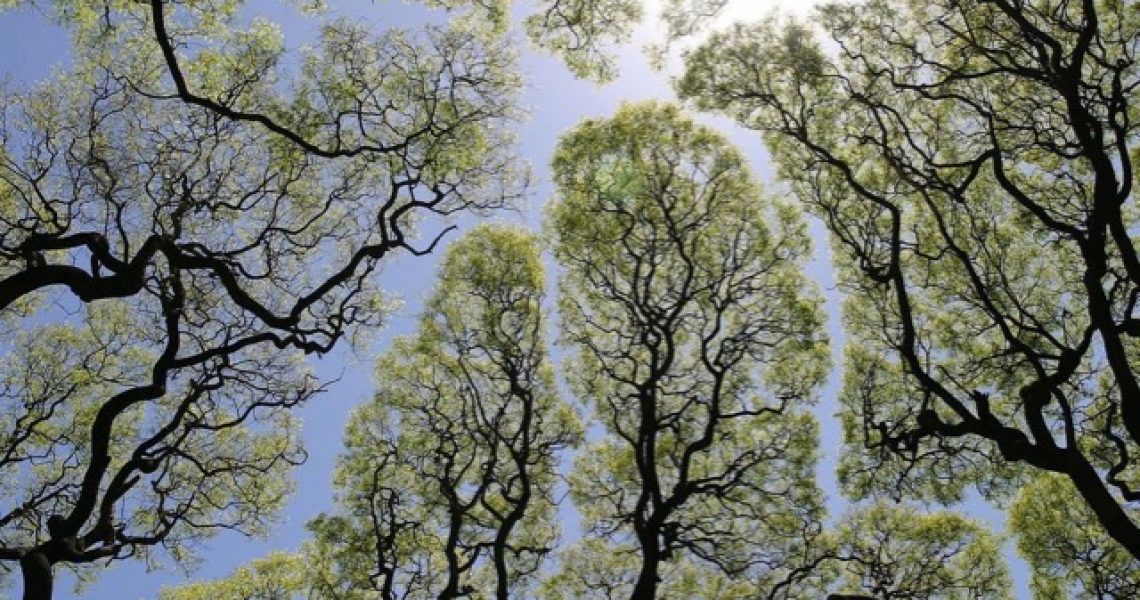 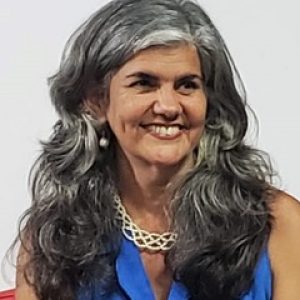 PrevPreviousPressing ‘Reset’ in the Anthropocene: Global Social Witnessing as an Awareness-Based Practice for Global Citizenship
NextGandhi in the 21st CenturyNext

Today, thousands of professionals around the world use knowledge that is at the frontier of conventional science with fantastic results, but they are still considered ‘witch doctors’ more than serious professionals. In psychology, this is the case of those who work with family constellations, hypnotherapy, shamanism, therapies of past lives, among many others. Patients recognize the positive effects of the treatments, but more conservative psychologists don’t take them seriously. For materialistic science, all this is absurd and quackery, though the practical results are evident.

For scientific post-materialism, these discoveries and healings are explained by the fundamental notion that non-material reality allows a type of connection independent of space-time. This can be better understood from concepts such as quantum entanglement, morphic resonance and the collective unconscious, among others. Without going into the details of these concepts – which are easily found on the internet, along with academic literature on the subject – the question we want to address in this text is why there is so much resistance to discussing advances that point to a broader scientific analysis. Since science is known to be both limited and constantly changing, why is it so difficult to be open within certain intellectual circles, to new explanatory models? And why, on the other hand, are the new models so well received by the general public?

The most common reactions to phenomena such as those mentioned above, or for example, to near-death experiences or mediumship, are: “this is not scientific”, or “one cannot – or should not – mix science and spirituality”. The fact that these phenomena are linked to the ancestral knowledge of native peoples in various parts of the world further disrupts the debate. What is conventional science, if not a way of understanding and acting in the world, which uses a rational basis derived mainly from European culture? This European rational science has been so deeply embedded in cultures across the globe that it is not only European intellectuals who react to other understandings of the world as ‘unscientific’.

The idea that matter is energy is deeply linked to the ancestral cultures of the five continents, but it was the Europeans who somehow ‘rehabilitated’ it as legitimately scientific, from the discoveries of quantum physics at the beginning of the twentieth century. The notion of chi for the ancient Chinese, axe for traditional African people, prana for the Vedas of India, Pachamama spirit for the Andean people, among others, explain – each in their own way – how the spirit energises life.

When quantum physics says something similar, traditional science – which cannot give up quantum discoveries, as that would mean they would have to give up computers, mobile phones and a thousand other things – wants to limit the use of this idea to the functioning of devices, and not apply it to the understanding of the world. The fact that intellectuals like Fritjof Capra, Amit Goswami, Greg Braden, and Rupert Sheldrake have perceived the relationship between these ancestral cultures and the new quantum-holistic-systemic-ecological paradigms of the new science, has made them internationally known, but also viewed as less scientific.

The dogmatism of materialist science says that everything is based on matter, that consciousness comes from the brain, that love comes from hormones, that everything is extinguished with the death of the body: absurdities from the perspective of post-materialist science. However, in the old style of the patriarchal world, there is only ‘one truth’. And no effort has been spared in the struggle to establish this truth. In the case of the European colonizers, it was a deadly struggle using force against the shamans of the colonized countries, or in the case of the European inquisition, against the ‘heretics’ of the Middle Ages. Millions of heretics and shamans – coincidentally mostly women, regarded as witches – were executed or burned on bonfires, during the most dire periods of the imposition of European culture.

It is important to pay attention to the fact that the worldviews underlying science always refer to the historical moment in which they arose. The Cartesian and mechanistic paradigm, which has brought with it great progress in the understanding of reality, and still structures our world today, was created at an historic moment when Europe, hitherto unimportant, consolidated its economic and intellectual influence on all continents. Renée Descartes (French), and Isaac Newton (English), stand out as the argumentative base of this still hegemonic science. Likewise, the conception of new paradigms – based on quantum theory, which seek an integrating vision of the world (holistic-systemic), and which progress in an ecological approach, not anthropocentric – is a cultural phenomenon of the late twentieth, and the twenty-first centuries. In a politically and economically multipolar world, threatened with environmental collapse, and in which we are witnessing a progressive feminisation of societies, it is natural that other paradigms seek to establish themselves in order to better interpret the historical moment.

The relationship between science and spirituality, which stands out in the new paradigms, finds an interpretative basis, among others, in Amit Goswami’s work called, “Physics of The Soul”, or in Fritjof Capra’s “The Tao of Physics”. But it is in the ancestral traditions of knowledge that it finds a particularly important echo. The growing appreciation of ancestral cultures is understandable in a world in which people lose their sense of existence through the speed of change, the invasion of technological apparatus in their lives, and the absurd futility of consumerism. The superficiality of the current answers about ‘who we are’ – a consumer? a profile on social networks? a successful professional? – bears no comparison with the answers that the ancestral wisdom, whether it is Chinese, Andean, Indian, or African, gives us, conceiving a connection between matter and spirit, offering a meaning for life.

The new paradigms – both as a worldview, and as the basis of the organization of science – are better suited to the characteristics of the world today. There are still important resistances, especially in the intellectual environment, but they will be gradually overcome. The new paradigms accept plurality and validate the idea that in order to better understand reality, several approaches are necessary, several truths can coexist, including some defended by the old paradigm, which may continue to be valid. As reality becomes increasingly complex, more multicultural, less hierarchical – beginning with human relationships within families themselves – only cooperation between different thought systems can lead to a more relational, and deeper understanding of the world, to a more integral vision of the whole. It is no coincidence that these approaches are more natural to the intelligence seen as feminine.

Classics of scientific understanding, like Karl Popper, in arguing that the refutation process is the greatest weapon to get to the truth, and that scientific discussion is a real struggle in which “arguments are like swords”, reveal an overly competitive view of science. Like Popper, many other authors developed epistemological arguments (how do we know what we know?), ontological ones (what is the nature of the being that knows?), hermeneutical arguments (how do we interpret what we read in the world?) that have aided human thought and science to evolve. In the light of the new paradigms, however, one realizes that often these authors start from a worldview that limits this evolution by imagining the truth as a unique fact to be disputed. More cooperation would contribute greatly to science, as well as to economics, to relationships, and to life in general. Understanding the role of patriarchy as a concept of domination in the construct of scientific thought opens us to a new connection between science and values, between science and politics, between science and the meaning of life. The new paradigms, more inclusive and bearers of more plural rationalities, more feminine, more ecological, more multicultural, are realizing a true revolution in scientific thinking.

It is interesting to note also that, at least in the human sciences, articles and books are increasingly valued with a plurality of references, and not only with quotations from the same consecrated authors from the European and American academy. When one sees bibliographies with references that contain male and female authors, with diverse continental origins, different historical periods, and from multiple disciplinary origins, a more comprehensive and innovative argument is generally perceived. To the extent that the penetration of a broader paradigmatic view is strengthened, texts with these characteristics will tend to be more scientifically respected simply because, by opening perspectives, they enrich the understanding of the world, which is increasingly becoming more and more complex.

It is also common for authors based in the new paradigms to be more ‘rooted’ in the real world, and not just theoretical, but more concerned with the democratisation of knowledge. Thus, they seek to write in a more understandable way, translating their disciplinary terms into words accessible to a wider audience, including using images and videos to communicate. By being sensitive to everyday human challenges, and avoiding excessive abstractions, they dialogue better with ordinary people who use their personal experience as a reference for understanding existence, and thus feel more comfortable to read and comment on those texts. This democratisation of the experience of intellectual debate brings to science a new and aggregating aspect – one that recognises the need for knowledge to emerge from its ivory tower, to enrich itself through dialogue with other forms of knowledge, avoiding elitism.

It’s expected that new visions of the world from the new paradigms would need some groping in the dark in the early days. Even Einstein questioned today’s enshrined principles of quantum physics. Only the freedom to think, to research and to experiment, can consolidate new worldviews. That is why recently, several documents have been signed by respected scientists, that ask for greater openness in the scientific environment, so that the new paradigms make their way to open horizons, to test their premises, to research freely. The “Manifesto for a Post-materialistic Science” is one of them. Launched in 2014, and with signatures of scientists of all persuasions, it says that the idea that matter is the origin and the organizer of the Universe is only a presupposition, not a “scientific truth”, because it has never been proven. For post-materialist science, much of what is now regarded as anti-scientific, because it does not fit a materialist assumption, would become perfectly understandable and scientific if one were to start from the premise that consciousness is the basis of everything.

Other manifestos, other research papers, articles and books have been published; new research institutions open to the new paradigms have been created, most of them outside the universities, which in general remain guardians of the old paradigm. One reason for this is that their teachers have been educated within it, and are not willing to question it for fear of criticism from colleagues. But time does not stop, and neither does the new. Helping to strengthen new paradigms is a challenge for those who have the courage. It has always been so, and Descartes and Newton – the founders of the paradigm which is now insufficient – were courageous enough in their lifetime to claim that reality was indeed far greater than that prescribed within the narrow tenets of religion. May the science, now held to be true, not become as dogmatic as those religions imposed only on the basis of authority. Maintaining the investigative spirit of science, the principle of doubt, the valuing of argumentation consistent with the facts, is not in contradiction with the idea that the world and the human experience are much wider than materialist science believes.

Originally published in Prezzenza.com in Jan 2019