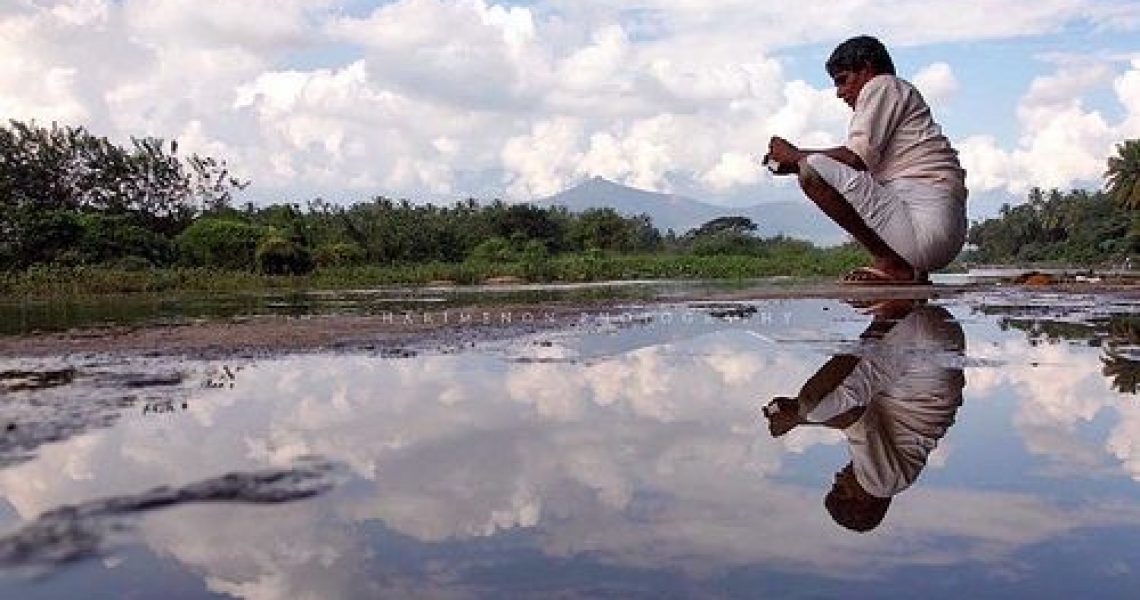 Tradition through the Looking-Glass

In India, my experience of tradition (and just about everything else) was like going down the rabbit hole.

Although compelled by philosophical and existential questions about life at a young age, like most of my generation in Britain in the 1970’s, I was never attracted to anything traditional. Brought up surrounded by tradition, I felt suffocated by it, believing it to be inherently dogmatic and reactionary, to a large extent I think for good reason. In fact, it was the search for freedom, and specifically freedom from the suffocation of tradition that took me to India in the first place when I was nineteen.

Today, for many of us, it seems we rarely consider the past at all. It hardly exist for us, except as our personal memories. Our attention is primarily focused on what is new. Novelty is inherently captivating. But our fascination with it can also belie an unconscious adherence to the hegemony of science, technology and consumerism, that leaves us fixated on novelty for novelty’s sake. Something Leslie Paul Theile calls “the routinization of novelty”. When our individualism is colonised by market forces in this way, it can be hard to find the source for a deeper connection and belonging, not only to each other, but also to life as a whole and to the stream of continuity we are part of.

Technology and social media are connecting us in ways that would have previously been unimaginable, and this has enormous significance. But we are, at the same time, so bombarded by the sheer noise of modernity and its relentless definitions of what life is supposed to be about, and how we are supposed to relate to it, that it is hard for us to find the psychic space not to live in a fundamentally conceptualised inner world. Its too easy, without our even knowing it, to become trapped in the vacuum of our own distinctions, while on the level of ‘being’,   fractured from ourselves and the world – all the way to the “selfies” that stare back at us from our Facebook feeds.

India is a deeply traditional country, but ironically I discovered in India a freedom ‘to be’ I had never experienced before. It took me many years of living there to realise why this was so, that India is a completely different civilisational space, with a way of interpreting the human experience and indeed tradition itself, entirely different from my own. The word for ‘tradition’ in India in Sanskrit is parampara, which can be translated as meaning ‘an uninterrupted, undiluted passing down through successive generations.’ Traditionally the source of this parampara is the Guru, or one who abides in ‘satya’, the ever-present, infinite nature of reality itself. This inherent, undifferentiated unity of existence, and the working out of its relationship to every aspect of the manifest world, has always been the basis of Indian culture. Tradition in India then, or parampara, doesn’t refer to a particular religion or age, or to a fixed doctrine and set of beliefs, but rather to an unbroken, highly complex and diversified continuum that has as its basis an authentic metaphysical or ‘divine’ origin.

Traditional institutions in India have been built on this basis over thousands of years.  In certain periods these have become rigid and calcified, but the notion of parampara is of a ‘living’ tradition, living in the sense of being based not in theoretical philosophy, but in revelation—a revelation that is continually being verified. As a result, the tradition itself is dependent on exemplars—that is, those who are not only ‘philosophers’ as we understand this category in the West, but individuals who embody these first principles as who they are. It is because this ‘dharma’* is so embedded and given such primacy of value, that there have been so many outstanding human beings in India who have dramatically influenced the course of history.

The dynamic juxtaposition between one unchanging existential truth, and its relationship to every field and expression of human activity in the context of change, has inspired in India a whole journey of interaction over millennia. It has generated a perpetual giving and receiving of knowledge, in which explicit propositions, based on first principles, have been continually argued over, re-assessed, re-interpreted and re-defined*. 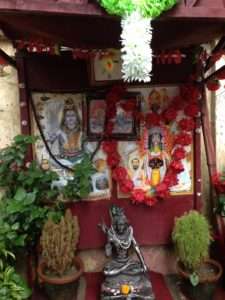 This is the basis of Indian traditional culture’s non-exclusive and plastic nature, which has lent itself to an extraordinary diversity. This is evidenced in the hundreds, if not thousands, of languages that co-exist in India. Even though these are distinct languages, they have blurred and interacted with each other over millennia. Traditionally the boundaries between one language, one village, one religion, one art form, and another were not exact, but bound by the contingencies of relationship and interdependence*.

However, there is no doubt that in the 19th century a tremendous rupture took place in the entire Indian parampara. With the advent of British colonialism, an entirely alien worldview, ontology, and social and cognitive framework was imposed on Indian society at its very foundations. As a result, Indian traditional epistemology withered to a large degree, loosing its vital efficacy; and the categories of Indian thinking began to be replaced by Western ones.

Nevertheless, as a result of the enduring strength of Indian parampara, there remains today in the midst of the apparent chaos of India’s diversity a kind of co-existence that is quite stupefying to the Western mind. It defies India’s immense contradictions, even if it doesn’t eradicate them. And there is something indescribable that emanates from the country itself—in the most ordinary of things: in a human gesture and movement, in the interaction with a shopkeeper, in children laughing and playing in the street. It is something existential that expresses and illuminates the nature of life itself, our own nature, something that is both in time, but also not of time.

East or West, ‘continuity’ is in fact the very nature of what life is. It is also part of what we are. In other words, we are not just here now. We are inseparably a part of what came before. It is a terrible impoverishment to see ourselves as only what we think ourselves to be now*. In this sense, perhaps history’s greatest value lies in what it awakens in us through the discovery of our continuity.

As T.S. Eliot wrote, in his essay Tradition and the Individual Talent,

“The difference between the present and the past is that the conscious present is an awareness of the past in a way and to an extent which the past’s awareness of itself cannot show.”

It is the recognition of ourselves as being not just here now, but as being part of a stream of continuity that brings to life the meaning and significance of tradition. “Tradition” Eliot goes on to say…“cannot be inherited, and if you want it you must obtain it by great labour. It involves in the first place, the historical sense…and the historical sense involves a perception, not only of the pastness of the past, but of its presence…This historical sense, which is a sense of the timeless as well as of the temporal and of the timeless and the temporal together, is what makes a writer traditional. And it is at the same time what makes a writer most acutely aware of his place in time, of his own contemporaneity.”

I think TS. Eliot conveys here through a Western lens, something of the essence of parampara as it can be understood universally, and how it is related to a deeper source of creativity, that is not personal, but might be described as universal and eternal.

To be able to ‘think’ creatively, that is philosophically, we need to be connected to that which is both in time as continuity and that which is not in time, that is of eternity.

*’dharma’ has been said to be untranslatable in English, but it could be said to mean ‘the law that maintains the cosmic order as well as the individual and social order. Dharma sustains human life in harmony with nature. When we follow dharma, we are in conformity with the law that sustains the universe.’ *As Sudipta Kaviraj elaborates in his paper, The Sudden Death of Sanskrit Knowledge, “Propositions in themselves do not constitute traditions. By the same token, individual works or even schools of thinking by themselves cannot. A tradition exists only when such plural and differentiated positions and performances are held together by a common point of intellectual enquiry—it exists as a system and a cognitive field. This way of picturing a tradition forces us to modify some of our standard preconceptions about what a ‘tradition’ is, by forcing redefinitions of originality, authenticity, and continuity.” *As the French philosopher, Simone Weil observed in her book, The Need for Roots,

“It would be useless to turn one’s back on the past in order to simply concentrate on the future. It is a dangerous illusion to believe that such a thing is even possible. The opposition of future to past or past to future is absurd. The future brings us nothing, gives us nothing; it is we who in order to build it have to give it everything, our very life. But to be able to give, one has to possess; and we possess no other life, no other living sap, than the treasures stored up from the past and digested, assimilated and created afresh by us. Of all the human soul’s needs, none is more vital than this one of the past.”