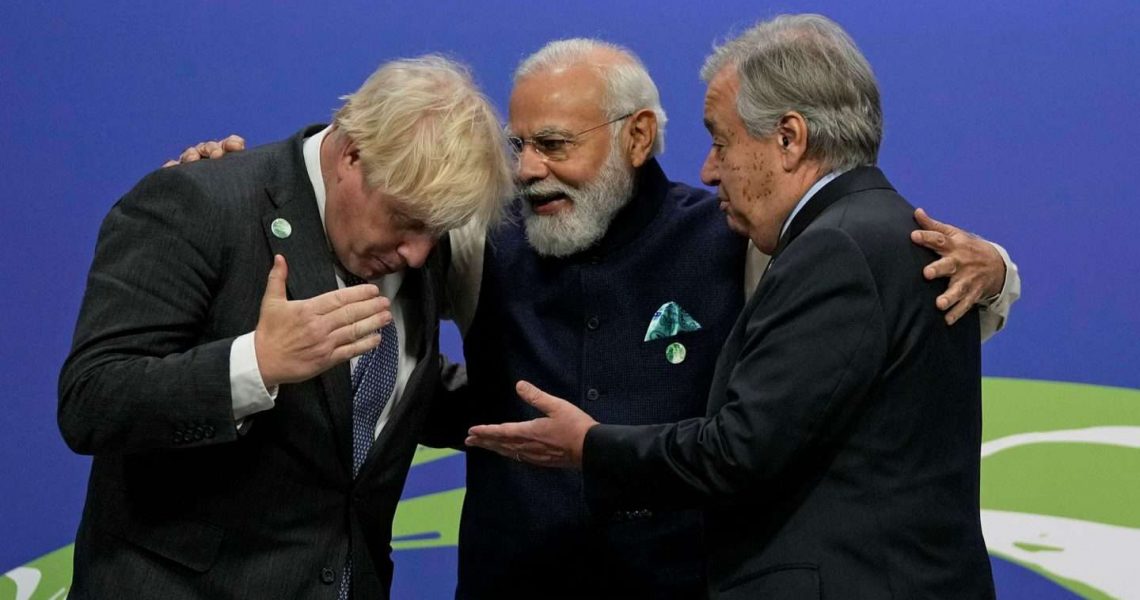 Why Climate Change is a Social Justice Issue

Another COP is over. Despite the rhetoric to keep global warming to 1.5˚C, national pledges to address the climate crisis put us instead on track for an alarming global warming of about 2.4°C. Each year of delay in reducing global emissions means the task gets more challenging, and more costly for all of us.

As the doors closed on COP26 after midnight on 12th November, and delegates returned to their respective nation states, there was little doubt in the minds of many, in particular young people and those living in the global south, that ‘business as usual’ had emerged unscathed from two weeks of intensive negotiations. In other words, nothing close to the proportionate action required to dial back on escalating greenhouse gas emissions by those most responsible, was agreed to.

Along with Boris Johnson’s posturing, the United States’ compulsive need for recognition as ‘leader of the free world’ trumped any real leadership, as exhibited in its failure to commit to ending fossil fuels – the primary driver of the climate emergency. This left the door open for China and India to water down the final text regarding the elimination of coal. By the UN’s own analysis of climate science, we need to achieve emission cuts of about 7% a year. To put this figure into context, this is a greater reduction than occurred in 2020 during the pandemic. Furthermore, we need to achieve this every year in order to stabilize the teetering planetary systems we depend on, by 2050.

Despite the strangely upbeat tone of mainstream media, the lack of tangible climate justice finance, definitive timelines, detailed policies for implementation, and meaningful accountability systems coming out of COP, indicates that pledges and declarations are fragile, if not disingenuous. Furthermore, negotiations were dramatically short on moral responsibility by the global north for its principal role in the current crisis, and the devastating impact this is having in the global south. It did not go past anyone’s attention that the largest delegation at COP26 were representatives, lobbyists (all 503 of them) from the fossil fuel sector.

Why does this industry continue to hold such power, given ever-increasing pressure from the scientific community demanding a radical change of course? Even from an economic standpoint, given that billions of dollars are being spent on rebuilding devastated infrastructure in the north due to fires, floods, hurricanes etc, this does not make sense. One would think that if a “red code for humanity” is not enough, then surely a  ‘red code’ for the economic loss involved, would be enough to strengthen weak political wills? Apparently not.

What does all this have to do with 3rd Space? Whilst attending the People’s Summit in Glasgow – a parallel series of 150 workshops, talks, panels and films hosted by activists, scholars, scientists, and those on the frontlines of climate change in the global south, the answer to this question became much clearer. I was deeply impacted by the experience and knowledge of Indigenous peoples, voices that were largely excluded from the COP negotiations. These voices reflected the chasm that exists between civilizational worldviews offering very different solutions to the crisis we are in.

The following is an introduction to this topic excerpted from the publication Hoodwinked in the Hothouse: Resist False Solutions to Climate Change. This booklet, compiled by an alliance of Indigenous elders, activists and scholars, examines these ‘solutions’ in detail.

“A climate justice framework does not reduce the climate crisis to counting carbon. Grassroots community-led movements around the world look across the economy – at exploitation of land, labor and living systems. They seek to lift up real solutions.

Climate justice emerged from grassroots environmental justice struggles rooted in Indigenous, LatinX, Asian, Pacific Islander, migrant and poor communities: people first and most impacted by the storms, floods, sea level rises, forest fires, droughts and melting ice in the Artic regions. They have had to bear the brunt of pollution, violence, poverty and criminalization by the extractive economy driving climate chaos. Climate justice centers the placed-based leadership of peoples with the longest living knowledge of Earth’s natural ecological systems, an understanding that is core to envisioning long-term strategy for engaging future shocks, pandemics, the upheavals heading our way. Those on the frontlines of crisis are also at the forefront of change. In essence, they are the people whose efforts are guided by shared principles, and a common vision of restoring our relations with the Earth and each other. They embrace relationships that cultivate a decolonized worldview of respect, reciprocity, mutuality, and solidarity across communities and with the rest of the living world, and Mother Earth.

At the same time that climate justice is becoming a unifying voice, we are witnessing a rise in climate denial, authoritarian political elites, and patriarchal white supremacist governments around the world. We are seeing a dangerous slide toward a lawless capitalism where free market ideology (neoliberalism) has privatized and atomized every aspect of our lives and nature, nearly drowning democracy so that global corporations and nation-states can operate with virtually no public oversight, or accountability for unethical practice, and unfettered profiteering.

We are also seeing an alarming tendency towards a “politics of desperation” in some sectors of the climate movement, where opportunistic disaster capitalism coupled with myopic carbon reductionism, the financialization of nature and a growing techno utopianism has driven a proliferation of climate profiteering schemes. Even the symbolic Paris Agreement has largely served to enable and advance a host of corporate technology scams, carbon market mechanisms, and carbon taxes being falsely positioned as solutions. Most of the techno fixes are unproven negative emissions technologies, carbon pricing mechanisms, or extreme energy projects. All claim to address the climate crisis while avoiding the underlying drivers that got us into this mess: economies of greed and hoarding, endless growth, corporate enclosure of [Indigenous] land, erosion of biodiversity [through industrial agriculture, deforestation, overfishing etc] and the exploitation of life.

While some of these futuristic proposals (such as mirrors in space to reflect the sun’s radiation) might feel creative and visionary, they are in fact the opposite. These schemes are an illusionary idea that technological innovation will provide a “fix” to the inherent limits of a finite Earth. They reflect a profound lack of imagination – an inability to imagine a world in which we can live in “right relationship” with the natural cycles of life upon which we depend.

What these false promises have in common, apart from being untested to be safe or effective [and as such devoid of any precautionary principle], is that they emerge from a worldview defined by racist doctrines of discovery and conquest, blind faith in market-based policies and corporate technologies, ideological practices of privatization, commodification and the exploitation of nature – putting a price on the sky, on forests, on waters, oceans and soils to create new derivative markets that increase inequality, and expedite the destruction of nature. The dominant culture arrogantly assumes that the ingenuity of individual gain can supplant the complexity of Earth’s natural systems; systems that have sustained all life in balance and harmony for so long.

In this world view we use machines to make meaning of life; earth is objectified and treated like a machine made up of parts that can be replaced, redesigned, or engineered,   commodified as “natural capital”, an “ecosystem service”. DNA is code to be edited or deleted, our bodies are engines, and food is fuel. The world is not seen as a complex of interdependent, beautiful, and sacred relations, but instead as a collection of objects to be monetized and manipulated. In this worldview practices of corporate and nation-state greed, hoarding, theft and private ownership constantly trump all values of care, consent, compassion, and collective responsibility. And today corporate ‘eco schemes’ masquerade as “nature-based” solutions.

[Indigenous people are calling us] to respect the inseparable relationship between humans and earth in order to avert ecological catastrophe; “to focus our time, resources and energy to transition from global extractive economies to local, living economies rooted in shared values and respect for territorial integrity, sacred creative principles, and natural laws.“

My questions is, can we do this?

Science is catching up with Indigenous knowledge, confirming the interrelationship of all living and planetary systems. Across Glasgow hundreds attended programmes on degrowth/post-growth economics, agroecological projects, Indigenous custodianship in restoring our forests and wilderness areas, renewable energy projects, and tested ways to navigate a just transition to sustainable jobs. Because of this wealth of expertise and experience I did not leave Glasgow with the view that we are hurtling to a certain dystopia. Instead, it is irrefutable that ensuring the security and prosperity of our future is entirely possible. But… and it’s a huge but … the overarching obstacle of powerful vested interests in the existing system, and the absence of political will to challenge this, remains.

A consensus is building that this will only change from the ground up – an alliance of grass roots activists, youth, Indigenous knowledge holders, environmentalists, scientists, economists, and visionaries. So do we have the focus, the energy, and the courage to do this?

Acknowledgements to climatefalsesolutions.org for the excerpt from “Hoodwinked in the Hothouse”. Thanks to ‘Business Insider’ for the photo of the indigenous woman at COP26.